Meridian Water, the £6bn residential scheme planned for Edmonton in north London, has certainly had its share of setbacks. 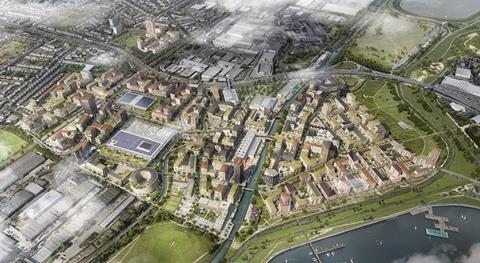 Since Enfield Council drew up its masterplan for the 10,000-home scheme in 2013, not one but two development partners have dropped out. Barratt London was appointed in May 2016 but withdrew 18 months later, with the council saying its projected scheme represented a “poor deal” for local people.

Shortly afterwards, the reserve bidder – Hong Kong’s Pacific Century Premium Developments (PCPD) – entered discussions with the council to replace Barratt. But last month, PCPD confirmed that it too would be exiting the process because the two parties could not come to an agreement on commercial terms.

In response, the council agreed a new strategy for the scheme last week. Subject to sign-off from the mayor of London, the revised plan will see the council work with multiple partners – rather than one master-developer – on different parts of the site and retain ownership of the land instead of selling it off. 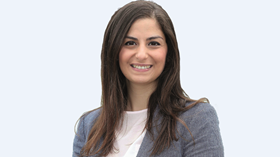 Property Week caught up with Nesil Caliskan, the leader of the council, to find out more.

What is different about the new strategy?

It is a watershed moment. We have set a new direction for Meridian Water, which is one of the largest development sites in London. There was a risk that the majority of homes built would be sold to overseas buyers, and that was not something I was willing to sign up to.

You were only elected leader of the council in May – how much influence did you personally have?

I have always been uncomfortable with having just one master-developer for the entire 20-year delivery period; and housing and getting Meridian Water back on track were some of my key promises when I ran for leader. I brought regeneration into the leadership remit and spent a lot of time interrogating what was in [PCPD’s] bid. The council decided that the financials didn’t really stack up for that particular bid and it became apparent that it was not a good deal for local people.

What is the next step?

We are seeking partners for three initial sites – two for residential and one for employment. Site one has planning permission for 721 homes, and we want to do everything we can to get on and build that out with a combination of private and council homes. It will be offered via the Greater London Authority development panel after the summer and we hope to accelerate the process of appointing a developer from 18 months to around six to nine months. It is located next to the Meridian Water rail station, which opens in 2019, and we are keen to speed up the delivery of homes because what a waste it would be if the station opened and we did not have the community there.

The second site has capacity for 200 homes and we are looking to deliver 100% affordable housing there. This is linked with a £120m bid that the council has made to the Housing Infrastructure Fund to better connect the different parts of the scheme. We have also identified a third site for employment use, which is really important. It is not just about bricks and mortar; we want to create a place that will help lift our most deprived communities out of poverty.

The council currently owns 64% of the land at Meridian Water. How will you assemble the rest of the land required?

There is a strategy to acquire the remaining land, and we signed off the purchase of an additional site last week. We haven’t used our compulsory purchase order powers so far, which I think is a positive thing. There is a huge Tesco regional hub and an Ikea on the site, and in delivering these homes we want to work with these big companies.