New chair of Homes England lays out vision for the future

Out goes the suit and tie, in comes the grey cardigan. The new chair of Homes England, Peter Freeman, already appears to be embracing the sartorial habits of a public official. 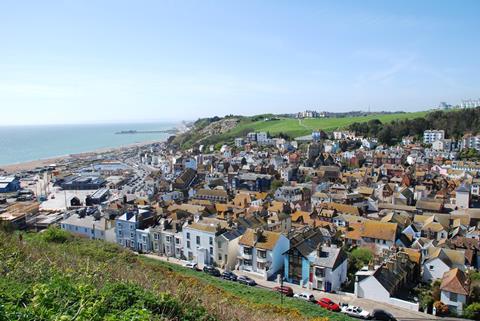 Levelling up: Freeman says Homes England will look to broaden its focus beyond the South East

Speaking over Teams from his house in Notting Hill, west London, the co-founder of property developer Argent says he has found the experience of turning from poacher to gamekeeper surprisingly enjoyable.

“The private sector always likes to think it’s more energetic and innovative than the public sector,” he says. “Certainly going to Homes England, that has been well disproved. I would back any 11 from Homes England with any 11 from the development sector.”

Freeman was appointed to lead the government’s housing delivery agency in October last year, and in the months since his arrival, he has kept away from the spotlight, quietly carrying out a review into the body he is now overseeing.

“To a large extent, this review has been for me to understand why we’re doing what we’re doing, how well we’re doing it, how we can do it better and whether there are other things that would be more useful to do.”

Given he was one of the visionaries behind the revival of King’s Cross, perhaps the verdict he seems to have reached should come as little surprise: that Homes England should play a greater role in regeneration. 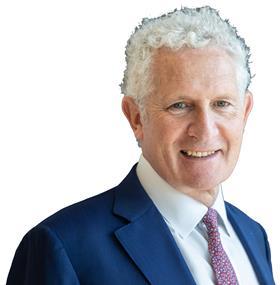 “As part of both making the 300,000 homes-a-year target and reinforcing and strengthening town centres and the post-Covid recovery, I suspect we’ll be doing more on brownfield and inner-city sites.”

He adds: “Some of that might also involve more mixed uses, because if you’re trying to transform an area in a city you probably want it to be in a mixed-use masterplan. The joy of King’s Cross is that it works seven days a week; it works for breakfast early in the morning until drinks late in the evening. Rebuilding cities around the country – we need to have more of that.”

King’s Cross is never far from Freeman’s thoughts. Since founding Argent in 1981 alongside his brother Michael, Freeman has been responsible for a raft of groundbreaking mixed-use schemes including Brindleyplace and Paradise Circus in Birmingham and the Piccadilly area in Manchester. But it is the 67-acre resurrection of King’s Cross that is his greatest legacy.

In the same way that Argent teamed up with London & Continental Railways and DHL in 2008 to form a partnership, Freeman wants to see Homes England work with landowners and public bodies to improve areas that have been hit by technological advancements and the collapse of major industries.

“One of the things Homes England should try and do is focus as much as possible on the early years of creating and incubating, whether it’s somewhere like York Central or a new town,” he says.

Freeman says his regeneration plan is in keeping with the government’s levelling up ambitions and its recovery drive after the pandemic, and that the role of Homes England will vary depending on the town or city.

“If the conclusion is actually that in the first five years all you need to do is redevelop some land that the council already owns and it is financially viable, then our role might be as limited as helping to discuss and think about that.

His ambitions to expand the objectives of Homes England come amid a changing of the guard at the top of the agency. Chief executive Nick Walkley left abruptly in January. According to The Times, his departure was symptomatic of discord with housing secretary Robert Jenrick. Walkley has not commented but told an industry forum last month that he “purposefully” did not have a new role lined up, joking that he was in recovery from “an acute case of multiple chief executive”.

All Freeman will say is: “Nick is one of the most able, driven people I’ve worked with in any field and I think he put his heart and soul into it for four years.”

While Walkley won many plaudits for his energy and ambition at the top of Homes England – including being named Personality of the Year at the RESI Awards – one criticism of the body is that its funding has been too geared towards delivering homes in the South East.

The criticism has been centred on the 80/20 rule, whereby 80% of funding from various Homes England pots must go towards unlocking development in parts of the country where property is most unaffordable, meaning the south of England gets the bulk of housing funds.

Freeman explains: “The notion was that we were there to be creating more houses, which was in large part to address the fact that many houses were becoming too expensive in many parts of the South East. The 80/20 rule is probably being put slightly to one side as we move towards levelling up, but it’s not totally clear how that will play out.”

It is not only the 80/20 rule that looks set to change. While Homes England’s traditional focus has been centred on achieving the delivery targets and helping the government achieve its 300,000 homes-a-year goal, Freeman is keen to stress that numbers will not be the only objective that matter under his new administration.

“The more we put homes near schools and jobs and parks and playgrounds then the happier and more prosperous we’ll be, so fixing the broken housing market – which was the banner under which Homes England was set up – is a much more complex issue than just achieving some more numbers,” says Freeman.

He has 10 “separate threads that need consideration” alongside the housing delivery targets, including net zero, beauty, affordability and the reduction of long and difficult commutes.

The question is, who is going to pay for all these ambitions?

Part of the answer, he says, is leveraging private capital.

“I think the government has a strong desire to bring in private capital, partly to protect government resources and partly because they believe in market disciplines. There are so many institutions that want money in real estate again.”

He adds: “If you walked into a room of all the global property investors and asked them if they want to do things in Blackpool or Hartlepool, they would say ‘where?’ If you could build the critical mass and tell them they’re not taking a punt on a 10,000 sq ft building in Macclesfield but on 200 buildings in 20 cities in the North West and they’re a mixture of build-to-rent, social housing, office buildings, retail and cinemas, then I think a lot of money would come in without having to call on the exchequer.”

Freeman will be a popular man in Whitehall if he can help the government find other sources of capital, but in return he is hoping that politicians give him the time to deliver his plan.

“I know what you can deliver in this parliament is critical, but in some countries like the Netherlands they have a 300-year spatial plan. Half of England doesn’t even have a local plan at all, and where it does have one it expects to renew it every five years,” he says.

“If we say we’ve got a broken housing market and rundown towns, we should begin by asking ourselves: what would we hope to see if we came back in 20 years?”