The Collective’s scheme at Old Oak has become the first substantial co-living development to hit the investment market. It has emerged that the 323-flat property is officially up for sale through JLL and Savills. 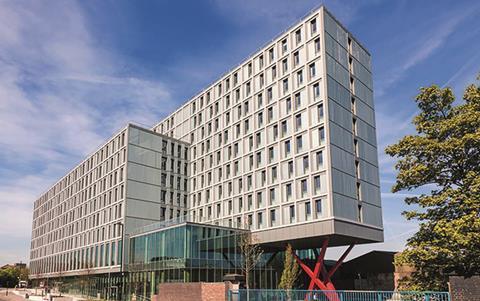 The Collective is hoping it will sell for in excess of £100m, but as it is the first asset of its kind, finding a buyer could prove challenging. According to investors, agents were quietly offering the scheme to the market as early as the start of 2016, but nobody took the bait.

So what type of buyer is likely to find the property appealing this time around?

Investors see the asset as a “hybrid” development, with the compact flats and large amenity spaces sitting somewhere between student accommodation and a build-to-rent (BTR) scheme. However, some longstanding BTR investors are uncomfortable with the development because they regard the co-living model as “unproven”.

“It’s been around all the way through 2016 and everyone who may be a likely buyer for it has been approached,” says one experienced BTR investor, adding that he chose not to make a move for the asset last year because of a lack of available data on the costs of running a co-living scheme.

The investor says he is “really interested” in getting into the co-living market, but would rather do it by incorporating co-living units into new BTR schemes, rather than paying a “premium” for a finished product.

Iain Murray, managing director of BTR consultancy LIV Consult, believes the building will only appeal to “very niche” investors. “It is very left field for an institutional BTR portfolio,” he says. “What’s its longevity? It’s all about the long-term returns, which is why I question the longevity of the model. [It’s] too high risk long term for institutional money.”

It’s about the long-term returns, which is why I question the model’s longevity - Iain Murray, LIV Consult

Others are more optimistic. Andrew Screen, senior director in CBRE’s residential investment team, says the The Collective might benefit from the “trend for micro units”, although the eventual buyer would probably come from “outside the mainstream”. “It’s likely to be private equity - place your bets,” he adds.

A student accommodation expert agrees that the trend towards “smaller living spaces and bigger communal space, both in the student and residential sector” will make the Old Oak scheme attractive to a “wide base of investors”, especially as it is fully let. “I suspect it will [attract interest from] overseas money and private equity at home and abroad, as well as some institutional investors in the UK,” he says. 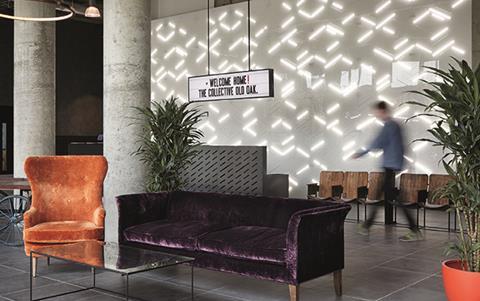 Another BTR investor adds that investors willing to take a risk on the future of co-living could make a good return on the scheme. “If you’re prepared to take a risk, buying something in between BTR and student accommodation could be a good idea,” he says.

Whether the Old Oak scheme finds a buyer soon - and at what price - remains to be seen. What is certain is that the market is keeping a close eye on the deal. As the first of its type, the sale will provide the first clear idea of the level of appetite for co-living developments - and whether the sector has the potential to become a major new asset class.