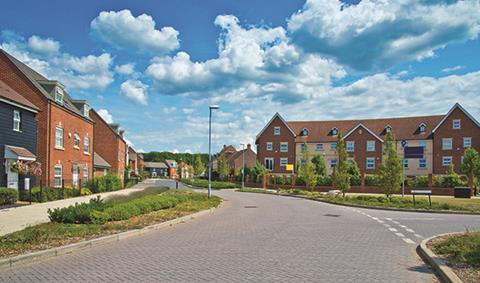 The decision to join forces was prompted by plans to merge the investments of the UK’s 91 local government pension funds into eight pools, which formally launch this April.

“With the onset of pooling, Nottinghamshire began looking at opportunities to co-invest with other funds that form part of the LGPS Central pool in order to share set up costs and reduce the possible transition costs as pooling goes live,” says Keith Palframan, group manager, financial strategy and compliance at Nottinghamshire County Council, whose pension fund is one of the Hearthstone investors.

By combining their resources, pooling will enable local government pension funds to make bigger PRS investments like the Hearthstone deal, which is the largest local council pension fund investment in the sector since 2015.

So will more investment in the PRS be forthcoming?

The government is hopeful that pooling will unlock more money. In a section of last year’s housing white paper on encouraging institutions to invest in the PRS, it said “the pooling of local government pension funds will increase opportunities for their assets to be used to support infrastructure projects, including housing”.

Those involved with the Hearthstone deal also say that the PRS is proving increasingly popular with local authority pension funds.

Local government pension fund investors are keeping “a close eye” on the progress of the PRS market, he says, and are likely to invest more in the sector once they get to grips with the way it works.

Greater investment will come once they “are convinced that PRS offerings can deliver the acceptable forecast net returns, without relying on unrealistic capital value increases from the underlying properties”, he adds.

There are, of course, potential barriers. For example, the PRS is seen as having high overheads. “It is a sector with potentially high costs, where the attractive gross return can be undermined by administrative and refurbishment overheads, leading to a less attractive net income return,” says Atkins.

Also, while pooling might encourage investment in the long term, it could slow it down initially. The process of merging investments will take up a lot of staff time and attention and will mean less time to look at new opportunities, says Palframan.

However, he believes that the attractiveness of the PRS will ultimately drive more investment.

“[LGPS Central will manage investments], but we as customers of them will drive it,” Palframan says. “We see PRS as a good opportunity, so we’ll be asking them to continue looking at it.”

If the sector delivers the steady returns that are expected, investments of the scale of the Hearthstone deal by local authority pension funds could become a regular occurrence.