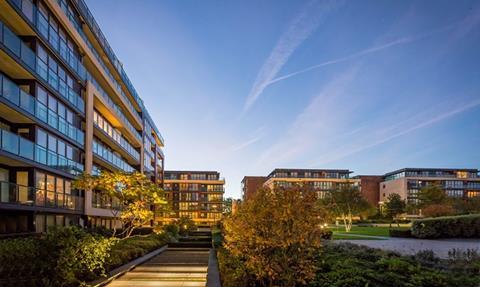 In recent months,AXA Investment Managers has entered the market by striking up a joint venture with Kennedy Wilson to target the Irish PRS market; Quintain has revealed plans to build homes for rent in Dublin; Avestus Capital Partners has launched a €290m (£258.4m) PRS fund backed by Nordic and German institutional investors; and Irish Life has made its first foray into the market.

Irish Life’s €120m purchase of Park Developments’ Fernbank scheme in Dublin, which had previously been earmarked for the for-sale market, is one of a number of sizeable deals this year. CBRE estimates that PRS accounted for about 25% of Irish investment deals in the first half of 2018, about double the level seen last year.

So what is driving the surge in activity in the Irish market and how positive is the market outlook?

Many of the factors behind the growth of the UK’s PRS are also at play in Ireland. Growing numbers of people are choosing to rent for longer and others are forced to do so by a combination of rising house prices and tighter mortgage rules. 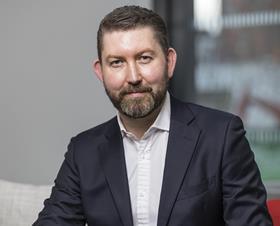 However, there are several key factors that are particular to Ireland’s rental market. One of the most crucial is the boom in foreign investment, particularly in Dublin, where a number of big global finance and tech companies have set up shop in recent years.

“Multinationals have taken a huge amount of space in Dublin and that is bringing a lot of people into the city who are looking to rent,” says CBRE senior director Tim MacMahon.

The importance of foreign workers to the market is evident when looking at the Irish portfolio of Kennedy Wilson, one of the first companies to invest in the market in 2012, which now has 2,700 units built or in development. Just 40% of the portfolio’s residents are Irish, says Peter Collins, chief operating officer at Kennedy Wilson Europe.

The growth in demand for rented homes is putting pressure on supply and driving up rents. Only 1,490 Dublin properties were available for rent in June, down from 5,500 in 2010, and the shortfall of supply of flats for both sale and rent now stands at 150,000 in the Irish capital, according to agency firm Hooke & MacDonald.

Early movers in the PRS market such as Kennedy Wilson were able to build up their portfolios by acquiring stalled for-sale schemes that they then adapted for the rental market. A decade on from the financial crisis, the number of such opportunities has dwindled, forcing investors into build-to-rent.

“In the early years, built stock could be acquired more easily, but [the Irish market] is now moving to a new phase where BTR [build-to-rent] will be the key driver of activity in the sector, either as part of an existing scheme or in its own right,” says Collins.

Building homes for rent has become more attractive this year thanks to new planning rules allowing for greater flexibility on flat size, the mix of units in a scheme and car parking.

The shake-up, which also included guidelines for BTR and co-living, were introduced by the government with the explicit aim of making it more cost-effective to build flats and to encourage investment in the BTR sector.

MacMahon says the changes are already having an effect on BTR development. “We are seeing locations that were considered peripheral now becoming viable,” he says.

As a result of the new planning rules and the shortage of homes for rent, the number of investors looking to enter the market continues to grow. In February, CBRE estimated that €5bn of capital was targeting BTR opportunities in Ireland, up from between €2bn and €3bn as recently as last summer.

So long as the Irish economy continues to grow and remains attractive to foreign businesses, there is every reason for this number to grow even further in the years ahead.