3
RESI 2018: construction at a crossroads
Residential and development

It’s been nearly two years since Mark Farmer published his landmark review ‘Modernise or Die’ and more than six months since the collapse of Carillion, which underlined much of what Farmer argued was wrong with the construction industry.

Has the construction industry moved on in the two years since the Farmer Review?

Issues such as thin margins, poor productivity, lack of R&D and fragmentation have dogged construction for decades. So what makes Farmer’s report so important today? And has any progress been made since its publication?

The answer to the first question is, in a word: Brexit. Freedom of movement within the EU made European faces – from Polish to Portuguese – a familiar sight on UK building sites, especially in London. Migrant labour had essentially helped plug the gaps left by young people not entering construction and older workers who had left after the financial crash.

Yet as soon as the referendum result was announced, it became clear that the industry would no longer be able to rely on a flow of cheap migrant labour. An alternative solution to construction’s labour woes was needed.

To Farmer, that solution was fairly straightforward, even if executing it isn’t: “Construction needs to become a lot more like manufacturing, driven much more by process and a backbone of standardisation.”

The report’s author, Labour assembly member Nicky Gavron, says London’s housing crisis is partly a result of the UK’s broken construction model. “We will never meet the high levels of need and housing targets with traditional building methods alone,” she says. “Factory-built homes offer not just speed of delivery but the opportunity for quality control in a factory environment and a more diverse workforce.”

Developers clearly see the benefits too: major housebuilder Berkeley is breaking ground on its modular factory later this month, while Legal & General and Swan Housing Association have also invested in their own factories.

The build-to-rent sector was an early adopter of modular – for good reason.

“Reduced time on site means rents can be collected sooner, an obvious benefit for BTR developers and investors,” says Ashley Perry, BTR consultancy director at LIV Group, which counts Apache Capital Partners, Moda and Neighbour as clients. “There is a consideration on all our schemes to ensure that offsite principles and buildability are introduced from a concept design stage.”

But others think modular still has some way to go. Johnny Caddick, managing director at the BTR developer-operator Moda, says: “For now we see traditional build as the best way to deliver Moda’s product, but that’s not to say we won’t use it in the future.”

Caddick Construction, part of the family-run Caddick Group, took over from Carillion on Moda’s flagship Angel Gardens scheme in NOMA, Manchester, earlier this year – one of the first projects to get back on track.

“Reduced time on site means rents can be collected sooner, an obvious benefit for BTR developers and investors”

Modular construction still has big obstacles to overcome, not least the post-war ‘pre-fab’ tag that many in the media and public associate with low quality. An even bigger issue is the need for scale, which is crucial to realising the full benefits and efficiencies of offsite manufacturing. This means creating a steady demand pipeline, which requires offsite techniques to be adopted across the industry.

Neil Brearley, founding director at construction consultancy Cast, cautions against getting too hung up on full volumetric offsite-manufactured housing, which is what modular means to a lot of people. “There’s a whole spectrum of pre-manufactured value,” he says. 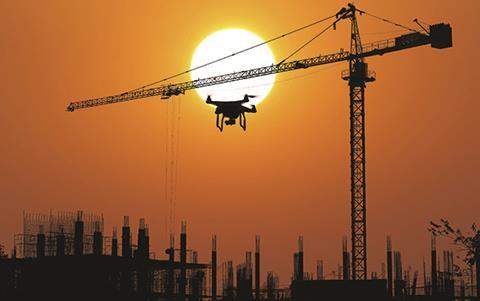 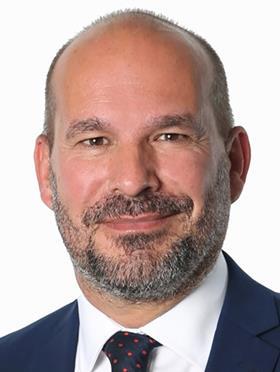 Fixing construction also goes beyond simply changing the way we build homes and other key infrastructure. For Farmer, it requires a shift in mindset across real estate, finance and construction, overhauling outdated client-led procurement and, critically, the use of rapidly evolving digital tools.

“Carillion’s failure was ultimately down to a fundamentally flawed business model focused on revenue and return on capital employed, rather than underlying profitability, which was compounded by poor risk management, little attempt to attack waste and inefficiency and opaque cashflow management,” Farmer warns.

Subcontractors won’t be the only ones paying for Carillion’s demise. According to the National Audit Office, taxpayers can expect to foot a bill of at least £148m.

Farmer was not giving the housing industry a choice about changing in ‘Modernise or Die’. As he wrote for Property Week in the aftermath, Carillion’s collapse showed that ’business as usual’ is now “a critical business risk”.

This year’s all-new RESI Convention will feature sessions on modern methods of construction and building better relationships with contractors. Tickets are going fast, so book soon. We look forward to seeing you at the Celtic Manor resort from 12-14 September.