Sector sets out priorities for Alok Sharma ahead of RESI

Housing minister Alok Sharma will deliver his first major speech to the industry at next month’s RESI Conference since replacing Gavin Barwell after the snap general election. 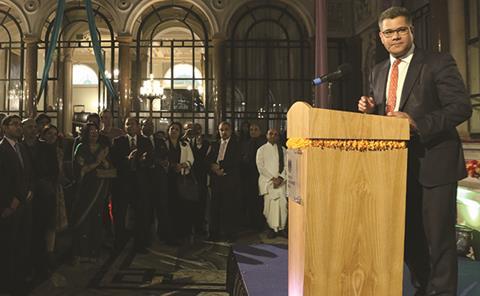 The white paper, Help to Buy and the construction skills shortage should all be on the housing minister’s to-do list - Source: Flickr/Foreign and Commonwealth Office/Creative Commons

Ahead of the speech, Property Week takes the pulse of industry leaders and reveals what they consider the most pressing issues - and how Sharma should address them.

1. Turn the white paper talk into action - and fast

Since the housing white paper was published six months ago, little tangible progress has been made.

Sharma must deliver on the key points of the document, and quickly, says Cast chief executive Mark Farmer, who adds that making the market less reliant on the large housebuilders should be a priority.

“The white paper has got all the key themes, [but] it’s not about talking about it or consulting; it’s about doing stuff,” he says. “The focus has got to be on new players in the market, new capital and moving the reliance away from volume housebuilders.”

2. Breathe down the necks of local authorities

The white paper included measures to crack down on local authorities opposing development, including a requirement for them to have an up-to-date local plan and a housing delivery test to highlight local authorities that do not deliver the homes their areas need.

There must be greater political pressure on the industry to ensure these measures are implemented, says Ian Anderson, executive director of planning consultancy Iceni Projects. “Get those local plans in place - it’s the best way to provide certainty,” he says. “Gavin Barwell had a good handle on the progress of different authorities. If [Sharma] continued that, getting out there and meeting those authorities, that would be no bad thing.”

3. Address the future of Help to Buy

Earlier this month, Property Week revealed that the government was embarking on a review of the Help to Buy scheme and had appointed the London School of Economics to conduct an independent evaluation. Housebuilders’ shares fell even though the government clarified that it remained committed to the scheme until its scheduled end in 2021. Great clarity is needed on the scope of the review and the government’s direction of travel, argues Redrow chief executive John Tutte. “Homebuyers still need support to get on the housing ladder and Help to Buy remains an important part of overall housing strategy,” he says.

4. Bang the drum for the construction industry in Brexit talks

Britain’s construction industry suffers from a skills shortage and Brexit could worsen the problem by cutting the flow of vital workers from the EU. Sharma should do all he can to ensure this is front of mind in Brexit negotiations - or risk worsening the housing crisis, says Greg Hill, deputy chief executive of Hill. “We need him to make it loud and clear that unless we keep the flow of talent from Europe open, the country will not have the volume of skilled builders required to deliver the government’s ambitious housing targets,” he says.

5. Be brave on the green belt

The government flirted with the idea of amending green-belt policy ahead of the white paper, but made no mention of it in the document itself. After dancing round the issue for years, now is the time to address the problem, says Steve Norris, chairman of Soho Estates and non-executive chairman of BNP Paribas Real Estate. “It needs to be more flexible,” he says. “The boundaries are 70-plus years old. Perhaps [it could] insist that if green-belt land is taken an alternative must be provided.”