Real estate is often portrayed as a technological dinosaur compared with other industries. This may be partly down to the lingo the sector uses: despite glass and steel being prevalent in the built environment, many still talk of bricks and mortar, a phrase coined by 19th -century novelist Charles Dickens. 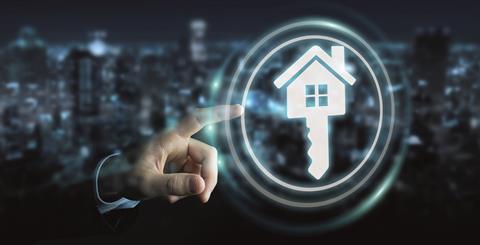 This isn’t to say the digital revolution has not had a huge impact on property – just look at the way ecommerce has upended retail and caused demand for warehouse space to soar. Too often the industry feels like it is on the receiving end of change rather than being in the driving seat, but the image of everyone in property being giant prehistoric lizards is somewhat unfair, suggests Conrad Davies, head of real estate and infrastructure at Osborne Clarke.

“Like in all industries, the pace of change has been uneven,” says Davies. “You could argue that residential property has been something of a trailblazer, with online platforms such as Zoopla and Rightmove emerging as household names in much the same way Google and Apple are.

“We are also seeing exploration of the potential for technology to be used in homes to make life easier, safer and more enjoyable and we’ve already witnessed significant change in the use of technology in the process of housing delivery. ”

Some estate agents tried to challenge the duopoly of Rightmove and Zoopla by launching OnTheMarket.com, which offered lower fees and blocked digital-first brands such as Purplebricks from joining.

Read more previews ahead of this year’s RESI Convention

However, Neal Gemassmer, vice-president of international at Yardi Systems, thinks traditional agents are likely to experience far greater pressure further down the line. “New platforms that allow residents and landlords – or buyers and sellers – to seamlessly converse in real time will disrupt the agent model much as Airbnb has done with hotels,” he says.

These new platforms include firms such as shared-living company LYVLY. “We’re a lifestyle brand for professionals aged 25 to 35 so have to be digital-first,” says chief executive Philip Laney.

“The tech we’re developing will make our property management operation more efficient, but more excitingly, through AI and machine learning, we will be able to dive into people’s values and see how they like to be connected. We can then match them with likeminded souls and create a genuine, meaningful community.”

Gemassmer sees the emergence of build-to-rent and the “paradigm shift” that it will bring as having the potential to revolutionise the entire residential market. “The focus on services and amenities will see consumers demand as frictionless an experience as possible, with everything from finding a home to signing a lease handled online and no doubt that will seep into for-sale housing too,” he adds.

Listen to our RESI podcasts:

Johnny Caddick, managing director at BTR developer/operator Moda, agrees. “Tech will be at the core of Moda’s offering to help our customers have as easy a resident’s journey as possible – from renting a home, to services, amenities and community building, through to events,” he says.

Moda wasthe first UK developer to announce a partnership with Uber, which will be integrated into its bespoke MyModa app.

But consumers won’t be the only ones to benefit. Advances such as predictive analytics driven by big data and AI-led machine learning will help refine and improve investment strategies, says Richard Jackson, co-founder and managing director of platinum RESI sponsor Apache Capital Partners, which is in a joint venture with Moda.

Proptech becomes a way of life

“For our customers, proptech will become a way a life and for investors, if done correctly, it will be a key component of monitoring and analysing performance and data, enabling proactive asset management, reducing risk and delivering optimum performance and long-term stable returns,” he says. 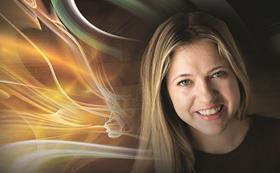 Built-ID founder and chief executive Savannah de Savary argues that AI and machine learning are the “two biggest things” that will change real estate. “Integrating AI into other offerings and making better use of data through ‘deep learning’ will have a drastic impact,” she says.

Built-ID collects and shares information on the built environment and is trying to use the knowledge it has to help developers improve their community engagement. “We’re trying to appeal to the silent majority who don’t necessarily use traditional means of engagement by creating digital channels, which gives them a voice and sense that they can effect meaningful change on the development process without simply yelling ‘object!’” de Savary says.

Clearly, the industry’s attitudes towards tech are changing, as backed up by Property Week’s recent annual Power of Proptech survey. More than two thirds of respondents say their business embraces new technology, while more than half say investment in tech has given their business a USP over rivals.

“Real estate isn’t quite the dinosaur some make it out to be, as firms are shifting from the early adopters to the early majority,” says Gavriel Merkado, founder and chief executive of residential insight platform REalyse. “I see the transition as similar to the one in finance after the introduction of digital systems, leading to narrowing margins and consolidation, led by early adopters that could handle narrower margins and faster transactions.”

Evidently, real estate – and housing in particular – is looking to get both feet firmly in the 21st century.

This year’s all-new RESI Convention features a full proptech stream, sponsored by Osborne Clarke, as well as the second #RESIhackathon and technology influences throughout the three-day agenda. Tickets are going fast, so book soon. We look forward to seeing you at the Celtic Manor resort from 12-14 September.