St Modwen posted bumper 2014 results this week, with a 68% leap in pre-tax profit, but its boss has warned that uncertainty ahead of the election is already bringing planning departments to a halt. 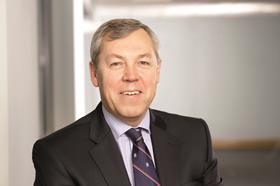 Speaking as the developer posted its results for 2014, chief executive Bill Oliver told Property Week that with less than 90 days until the election, the planning process had begun to stall. “In planning terms, decisions are being shunted into June. Things have slowed down,” he said.

Highlights for 2014 included an overall valuation increase of £90m, comprising gains of £32m as a result of planning and asset management initiatives and £58m market-driven valuation gain.

“This has been an exceptional year for St Modwen and we have achieved significant progress across all our major projects as well as increasing our pipeline of commercial development opportunities to more than 3m sq ft of space,” said Oliver.

In terms of the best election outcome for property, Oliver would not be drawn: “There are just so many different possible outcomes. All I hope is that post-election the government drives the same growth. Life will carry on whatever the result. All parties are pro-housing, so as long as we get a government that is broadly sensible towards business then I believe we’ll be fine with the outcome.”