From the introduction of annual tax on enveloped dwellings to offshore capital gains tax, from clampdowns on corporate vehicles buying property to the removal of buy-to-let relief and even the prospect of base erosion and profit sharing imposed by the Organisation for Economic Co-operation and Development. 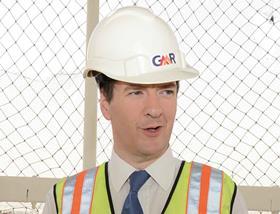 But there is one change that threatens to tip the market over the edge: the sharp rises in stamp duty that were introduced in December 2014 - and in particular the 12% rate introduced for properties of more than £1.5m.
The principle underpinning UK home ownership is that you do not pay tax on the gains on your principal primary residence over the long term. However, with the new stamp duty levels this has changed. Imagine you are a homeowner who 10 years ago bought an apartment for £1m; you have spent more than £500,000 on it; and it is now worth £2.5m.

You have technically made a £1m gain over the 10 years. However, now anyone looking to buy your home is likely to discount their offer by up to £300,000 to take into account the new stamp duty rate.

This is the equivalent of 30% tax on the profit you have made, not taking into account the 12% you will pay to acquire your next £2.5m home. Big purchase tax numbers that are not obviously wrapped up in the value of real estate scare purchasers away.

Since the stamp duty changes, the London market has cooled considerably between £5m and £10m, less between £2.5m and £5m, and is continuing to hold its own but with reduced volume in the £1.5m to £2.5m bracket. Some might say this was the chancellor’s aim, to slow the market and bring in revenues. However, there are consequences.

While moving to a ‘slab’ system of stamp duty was designed to harvest more tax from relatively wealthy property owners, the unanticipated consequence will also be to limit supply of affordable homes for the less well-off. 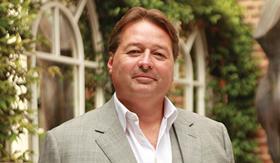 This is because the profit generated on flats of £1.5m-plus on a large development funds the affordable housing that is also built as a result of the development. Put simply, higher stamp duty at the top end is choking off the supply of affordable housing, with the result being that fewer homes overall are built.

Another unintended consequence of the stamp duty changes is that developers are stepping up the supply of one-bedroom units that fall beneath the £1.5m limit, distorting the mix of homes supplied.

Substantial reductions in the volume of sales inevitably lead to reductions in price because not everyone has the luxury of time when they need to sell, and these price reductions will threaten loan-to-value covenants and ultimately create banking credit risk.

At the same time, it seems odd that none of the above measures have been used to tax commercial real estate. At present an offshore individual can invest, via a corporate vehicle, in commercial real estate, sell either the asset from that vehicle or the vehicle itself and pay no tax in the UK on any profits made (not the same for residential). If we are to build more homes, then a level playing field is the minimum standard of parity one would expect.

As the figures for the end of 2015 come through, the 30% fall-off in sales volumes experienced by properties in excess of £1.5m will have far-reaching consequences.

A major consequence of the high stamp duty charges of more than £1.5m is that the average prices for properties priced at less than £1.5m are moving up more rapidly.

This, too, is not in the best interests of the country, with double-digit growth in the London midmarket being spurred by the unintended difference between the two upper bands. A reduction in the gap in stamp duty with the level above £1.5m could calm this effect.

It is clear that the chancellor has succeeded in cooling the market, but the figure of 12% was an overshoot and should be reassessed to 9% between £1.5m and £6m. Unless the chancellor wants to see his overall stamp duty take continue to fall, he will adopt this measure in his 25 November Autumn Statement.