A government-appointed taskforce of 25 build-to-rent (BTR) professionals has been given a new brief to look for ways to overcome five key challenges facing the sector. 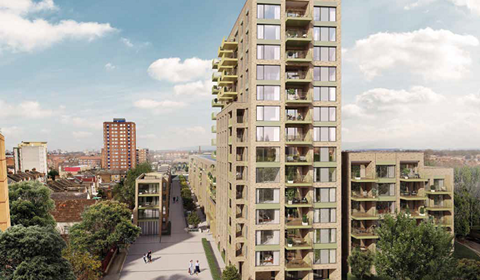 The Build to Rent Joint Committee – jointly chaired and organised by the British Property Federation and the Ministry of Housing, Communities & Local Government (MHCLG), and made up of the Greater London Authority, Manchester City Council, valuers, developers and investors – was set up last April to resolve industry-wide issues holding back the sector’s development and to encourage greater collaboration between government and industry.

It was meant to run for just a year, but the government decided many issues remained unresolved and commissioned the taskforce to continue its work for another year. Under the new brief, five teams have been set up to home in on the issues that the committee considers to be the most pressing for the industry: education of local authorities about the tenure; the demographics of the BTR market; affordable housing requirements; uncertainty over valuations; and planning clauses.

In parts of the country where BTR has yet to take off in a big way, councils don’t always have a good understanding of the tenure. To address this issue, one team is looking at ways to get the BTR message across to local authorities.

“There is still an issue around awareness of what BTR actually is,” says Suzanne Benson, a partner at law firm Trowers & Hamlins, who has been part of the taskforce since its inception.

“A growing number of local authorities understand how BTR differs from rental accommodation offered by private landlords, but large parts of the country do not,” she adds. “Many have heard of the term, but their understanding is limited when considering what it can add to both their local housing market and targets.”

Another team is charged with finding out who lives in BTR flats and houses. Anecdotal evidence suggests that a big obstacle for BTR developers and operators is not knowing who their customers are, due to a scarcity of shared data from the owners of the first wave of occupied schemes. The team’s goal is to change this by producing hard data that they also hope will dispel the misconception that only millennials live in BTR accommodation.

Benson sits on the team focused on the provision of affordable private rent, the affordable housing tenure created for BTR. Guidance in the draft National Planning Policy Framework (NPPF) states that 20% of a scheme should be capped at 80% of market rent.

Tucked away in a separate document published alongside the NPPF is guidance that a development’s affordable and private market rental units should be managed by a single BTR landlord.

“The rationale behind this guidance is that BTR is more effective if tenants have one single point of management, rather than having a separate housing association to look after the affordable rent portion of the scheme,” Benson says.

However, she thinks the lack of a regulated housing association to manage BTR property could be a concern for local authority planners, because they will want to be sure developers continue to fulfil their affordable housing obligations. “An added challenge for local authorities is going to be identifying the potential customers for this,” she says.

The remaining teams will look at how valuations and viability data can be centralised and used to help inform investor, developer and local authority decisions – and whether local authority planners should be given additional guidelines to help them make decisions on planning applications.

The committee’s five teams plan to come together every two months to discuss progress in each of their areas. BTR developers will be looking on with interest  to see what they are able to achieve.