The vogue for co-living has so far been focused on London and a few other big cities. But a new scheme that went in for planning last week is set to bring the concept to the more suburban surroundings of Woking in Surrey. 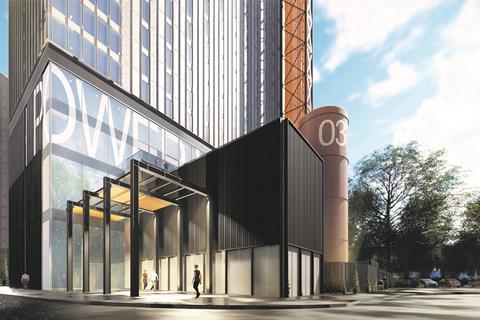 The developer is Thameswey Group, a council-backed company that specialises in infrastructure projects in the low-carbon energy sector but is also developing several housing projects in the Woking area.

Unusually, the 247 co-living units will be built above a new power station. Co-working space will also be included in the scheme, which was designed by architect Broadway Malyan and has been named Power House.

Property Week caught up with Mark Rolt, the chief operating officer at Thameswey, to find out more.

What is the rationale behind the scheme?

The regeneration of Woking town centre is shifting the centre of gravity across the town. This means we needed to increase energy capacity and decided it was better to build a new energy centre rather than try to extend our old one. The energy centre has quite a large footprint, so we decided to take the opportunity to develop residential and co-working space too.

There is a gap in the market – this type of co-living space doesn’t exist in Woking and we think it is an area that will expand. We have developed some smaller homes in the town and there is massive demand for them, because [they are cheaper]. We wanted to provide a similar product in a new environment where people can both live and work. It is not quite ‘pocket living’, but it provides an opportunity for denser development.

What benefit will the co-working space add to the scheme?

We looked at co-living products in the US and London and providing that kind of product, but with more workspace, seemed like a good opportunity. This was because of the site’s proximity to the town and the train station – there is a small business incubator just down the road and other serviced office buildings nearby too.

How does it fit into Woking’s wider regeneration plans?

Our ultimate shareholder is the local council, so one of our stated objectives is to support the local economy. We see the offer as being able to support the wider town centre regeneration – people who work in the new shops, cafés and restaurants will need somewhere to live and most of the new housing in Woking is luxury apartments aimed at commuters.

Around 1,000 apartments are being built in Woking and another 3,000 are in the planning process, so there is going to be a massive concentration of apartments. We wanted to offer something different.

What other tenants will you target?

It will work for young professionals because of co-living’s low entry cost. For lots of people, it is far more affordable than having a one-bed apartment. The University of Surrey also said it could work for some of its mature students.

What other schemes is Thameswey working on?

We have 147 apartments under construction at Harrington Place, plus two other permitted development rights schemes in the Woking area, one of which has started on site and another that will start on site soon. We are also preferred development partner on the Sheerwater regeneration project in Woking, which has 1,200 homes and its own energy centre.