What does the draft London Plan mean for the industry?

Housing policy featured highly in Sadiq Khan’s draft London Plan, which represents the first major revision of the document since 2011. 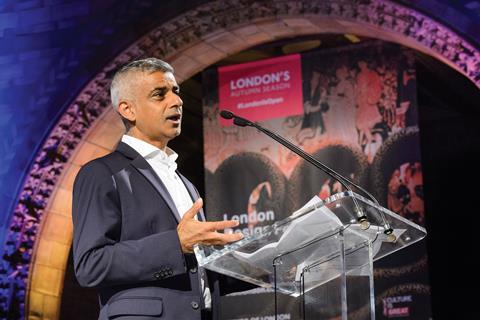 The mayor of London’s commitment to double the rate of housebuilding in the capital to 65,000 homes a year grabbed most of the headlines.

But the draft plan, which stretches to more than 500 pages and is set to guide the development of London over the next 20 to 25 years, contains myriad proposals aside from the housing target, covering everything from public loos to co-living.

Property Week takes a closer look at the key points for the residential sector.

>> Clarity for BTR and co-living

Build-to-rent (BTR) and co-living made their first appearance in the London Plan. The mayor wants BTR and co-living developments to adhere to the same threshold principle of 35% affordable housing that applies to standard housing.

“This will provide clarity and consistency,” says Sara Parkinson, planning policy director at business group London First. “There was a question mark over whether co-living did or did not have to provide affordable housing and, if so, at what level.”

The mayor wants to allow student accommodation to be included in local boroughs’ housing targets in order to encourage more student schemes in the capital. But Indigo Planning director Nick Belsten believes Khan’s other proposals around student housing will hamper the delivery of schemes.

“The mayor wants partnership agreements between developers and universities to be signed before planning is granted instead of after, which will make it more difficult to get student schemes off the ground,” says Belsten.

“Universities do not want to sign agreements until the shape of development has been hammered out, but if this proposal goes ahead, planning will not be granted until they do sign.”

Belsten adds that if Khan pushes the affordability threshold on universities and developers without allowing any flexibility, schemes could become unviable. “Both these policies would probably frustrate supply and it would be no surprise if the value of existing portfolios of student property starts to rise in anticipation of a shortage of new stock,” he says.

>> Density plan may not deliver

One of Khan’s headline policies in the London Plan is the removal of the density cap, which placed a limit on the number of homes that can be built on a single site. His aim is to encourage housebuilders to maximise the use of land.

However, he has replaced the cap with guidelines that instruct local boroughs to pay regard to their surrounding context. Belsten warns that the change could give boroughs an easy excuse to refuse high-density proposals.

“If you ask a borough to pay regard to the surrounding context, and the local area has few developments of high density, it may use this as a reason not to execute this policy,” he says.

He adds that there is a risk in outer London boroughs such as Richmond, where taller buildings are not commonplace, that strong opposition locally will put more pressure on land previously allocated to employment and industrial use.