At eight hours and 41 minutes a day, more time is spent by the average Briton using digital devices than sleeping, according to telecoms regulator Ofcom. 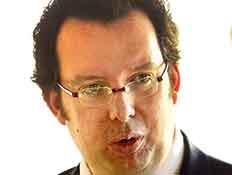 It is therefore little surprise that we are also the biggest online shoppers in Europe, with three-quarters of the population buying something on the internet in a market worth £52.2bn. This rapid growth in ecommerce partly explains the resurgent industrial sheds market, needed to stock goods.

Savills’ mid-year Big Sheds Briefing shows investment in the sector is 85% higher than typical. Transactions and deal sizes are up and rents are rising. The Greater London Authority (GLA) itself will shortly announce a development partner for its East London industrial land portfolio.

While overall this is great news, it does present a challenge around land uses. There was already tension between industrial and residential. Demand for logistics throws this into even sharper relief, given housebuilders are looking at areas in which sheds could also thrive.

In London, there has already been a sizeable amount of industrial land released for residential, and the government’s proposed ‘zoning’ of brownfield land could imply more. The London Plan, as you would expect, wants both to preserve important strategic industrial land and double housebuilding to at least 49,000 completions a year. Is this possible?

Arguably - yes. The design, character and use of industrial premises continues to evolve. With space and location at a premium, sites are being used more intensively and demands by occupiers are driving changes in the market, with built-to-suit already accounting for the majority of transactions. As residential buildings rise higher, some have suggested industrial could be built to similar heights, with so-called ‘shedscrapers’, as in Hong Kong.

Many activities on industrial land are far from industrial. Of London’s core industrial land, more than half is occupied for non-industrial purposes. It would be a real achievement to see these uses integrated with residential.

Of course, it is not straightforward - there are good reasons why activities may not be compatible - but it is worth exploring whether more could be integrated. There are successful examples in the UK and Europe. One of the most notable is the 157-ha regeneration of the Ebbe waterfront at Hafencity, Hamburg, where every building is mixed-use. And SEGRO’s plans for the former Nestlé factory at Hayes in Middlesex could include homes.

There is huge demand for residential product and almost insatiable appetite from institutional investors. The problem remains getting enough developable land to market. This requires government, both London and national, to focus its efforts more on the land market and ensuring enough sites come forward.

It is part of the task of the London Land Commission, which will publish before the end of the year the first complete list of all the capital’s public land. The so-called Domesday Book is already in draft. The commission will seek to co-ordinate the release of land and collaborative procurement between public land owners. Ten ‘hot spots’ for initial work will be identified, building on the work of the GLA, which has released 99% of the sites in its ownership with capacity for 40,000 homes.

But this role must go much further. The Housing Zones initiative, which has seen areas designated for intensive residential development, with planning, funding and infrastructure support, has seen GLA powers converge to take a spatial approach to accelerating housing.

It should do more like this to create and assemble developable land. It would also help align London’s housing growth to new transport infrastructure, potentially Crossrail 2 or an improved suburban rail network. This has to be a key to supporting London’s growth over the next decade.