Why are UK cities top performers in PBSA?

The UK is home to four of the top 10 cities in Europe for student accommodation investment, according to Cushman & Wakefield’s latest research. 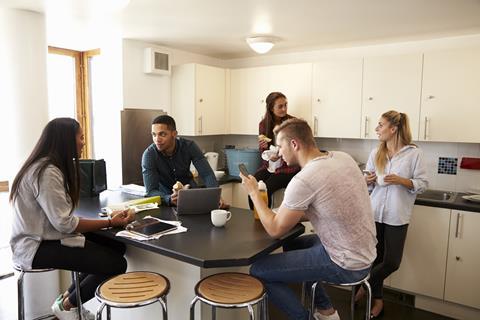 The consultancy’s Winning in Growth Cities report shows that London was the top investment destination in the world in the year to the end of Q2 2018, receiving $2.4bn (£1.9bn) of investment.

Sheffield ($219m), Coventry ($206m) and Swansea ($132m) also feature in the European top 10 at seventh, eighth and ninth respectively. There are only two other cities in the top 10 that are not capital cities – Barcelona and Hamburg. 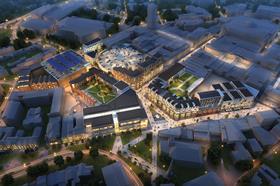 Coventry has entered the top 10 European cities for student living

Globally, Sheffield and Coventry attracted more investment than top US cities Chicago ($201m) and Seattle ($198m). Swansea did not reach these levels but still beat other major global cities such as Hamburg ($119m) and Melbourne ($76m).

So why are UK cities among the top performers, and what does the future hold?

Paddy Allen, partner in the student accommodation team at Cushman & Wakefield, says UK cities attract more investment because purpose-built student accommodation (PBSA) has been around for longer and there are simply more existing assets to trade. “The sector in Europe still needs to be built out, while the UK market is more established,” he says.

While there has been a spike in investor interest in the continental European market in recent years, Allen believes it will be difficult to knock London off the top spot because many projects are still at the development stage.

“Interest in the European market has definitely risen in the past year, but it has come off a very low base of essentially zero,” he says. “There is a limited amount of operational stock, so I think transactions will trail off in the next year as investors focus on more development and building up their platforms.”

This week is the week, anyone with a stake in the #studentaccommodation sector get your questions in for experts from @JLLUK looking at where next for PBSA 1-2pm on Thursday with #PWSAdebate https://t.co/BUB84rZO7P

Although UK cities were among Europe’s top performers, transaction levels were not at their highest. “In the UK this year, we have seen fewer transactions because the majority of the stock has already been traded in the past five to six years,” says Allen, estimating that the proportion of total stock traded in that period could be as high as 80% thanks to a slew of large portfolio deals on the part of the major investors. Brexit and currency fluctuation have also tempered the market to an extent, he adds.

Broadly, Allen says the trend of fewer large deals is set to continue into next year. “The guys who have bought big in recent years will focus on understanding the assets they have and establishing their business plans,” he says.

This could mean sales of single assets and smaller portfolios as owners look to consolidate their holdings. There may also be increased acquisitions from private equity firms, many of which sold student assets when many funds came to their ends. Allen says some are now “raising capital for the next cycle” and targeting value-added assets. He adds that capital from the Far East “does not seem to be relenting”.

With the European market still finding its feet, it seems likely that UK cities will be attracting the lion’s share of investment for some time.