Mayor of London Sadiq Khan has given residents of the capital’s housing estates the chance to veto estate regeneration schemes, but not everyone thinks giving so much power to the people is the right move. 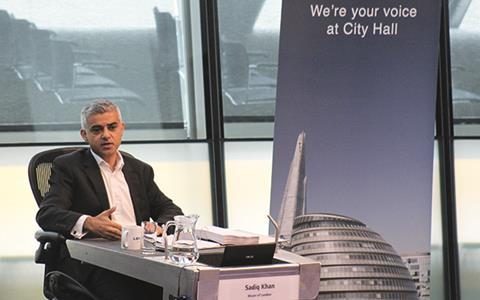 So how could resident ballots affect future schemes?

Under the new rules, landlords of housing estates must first hold a residents’ ballot to prove they have support for regeneration plans that involve the demolition of social housing before City Hall will release funding for their project. Khan says the ballots place residents “at the heart of estate regeneration in the capital”.

Sadiq Khan announces that proposals to redevelop London council estates with 150 plus units will have to be approved by ballot of residents. Details: simple majority only. All residents of house or flat over the age of 16 get a vote.

However, experts fear that ballots will discourage councils and housing associations from embarking on estate regeneration schemes because all the work that goes in beforehand would be wasted if votes go against redevelopment.

“Our experience on estates is that it takes a long time and a lot of consultations to work up a [new home] offer that is sensible and works for residents but also is reasonable interms of the wider impact on the project and the benefits to the wider community,” says Virginia Blackman, senior director and head of compulsory purchase at GVA.

“There is a huge amount of work that has got to be done before you get to a ballot and somebody has to pay for that.” 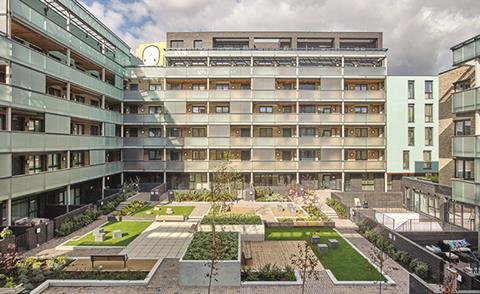 Blackman says that where a regeneration scheme involves the private sector through a joint venture, the private partner may ask for some form of indemnity or a reimbursement mechanism to protect them in the event of a no vote.

Another issue with the new rules is that there is no minimum voter turnout for a ballot to be considered valid and a simple majority is all that is needed to prevent plans going ahead.

“The criteria for a ballot are problematic,” says Jonathan Seager, executive director, policy, at London First. “You could have a small turnout and one voter could stop a very complex process,” he explains.

Seager says London First believes local authorities or housing associations should be allowed to decide whether or not to hold a ballot because they know the best way to engage with residents.

When a local authority is leading on a project, Khan’s policy states that ballots should take place before a development partner is chosen. Blackman says this presents a challenge.

“People want to understand what their new home will look like, what the new estate looks like, what the timing of things are and what will happen while construction is ongoing,” she explains. “To give people that type of certainty you have to do a fair amount of design and feasibility work. It would seem sensible to bring in the private sector at a stage when they are involved in that design and delivery process because that’s where some of their skills are really useful.”

Seager adds that the new rules could deter private sector developers from entering the market.

“Those developers without any previous experience in estate regeneration who are thinking of dipping their toes in the market, perhaps through a joint venture with a housing association, may think twice about investing their capital with another barrier to completion in the process,” he says.

So while mayor Khan’s idea for residential democracy might sound good on paper, the practical and commercial  difficulties associated with putting the ballots into practice could be a step too far for people power.