Will Lords recommendations help improve the quality of the built environment?

A House of Lords report presents scores of ideas on improving UK towns and cities. But will the government listen? 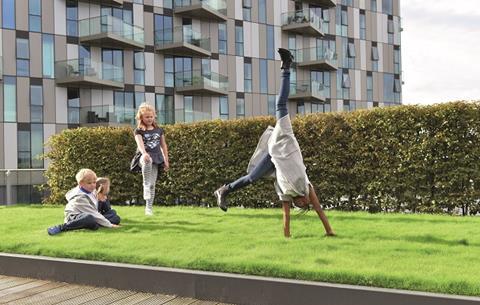 Fair play: Saffron Square in Croydon will consist of a town square and high-rise resi building

Reading the recently published House of Lords select committee report, Building Better Places, occasionally feels like an exercise in time travel. At times, the peers take us back to the kinder, gentler world of the late 1990s when Lord Rogers sprinkled his urban renaissance fairy dust on England’s cities after winning the ear of Tony Blair.

They range from the ambitious – concentrating decision-making on the built environment within a single Whitehall department – to the granular, such as providing more support for sustainable urban drainage.

A lot of the recommendations have a familiar whiff. The equalisation of the VAT rate for new-build and refurbishment projects, for example, gets its umpteenth airing.

At an event hosted by New London Architecture last week, the industry had an opportunity to debate the report’s conclusions, which mainly revolve around concerns that the government is sacrificing quality in a bid to raise the rate and volume of new housing construction.

One of the report’s recommendations is the creation of a national organisation to champion high building standards in development, which sounds suspiciously like New Labour’s now-defunct design watchdog CABE (Commission for Architecture and the Built Environment).

Lamenting that “we’ve really suffered in the last four years since the demise of CABE”, Peter Bishop, former director of the also defunct Design for London, argues that the national quango’s abolition was a cut too far. “The cost of funding was miniscule in terms of the public finances,” he says.

However, Matthew Carmona, professor of planning and urban design at University College London’s (UCL’s) Bartlett School, who advised the peers, says the committee didn’t want to bring CABE back from the grave.

Instead, he focused on the committee’s recommendation for creating a new post: chief built-environment adviser.

Like the government’s chief scientific adviser, the person holding this post could hold the government to account on its policy in the area, exercising influence but at a ‘minimal cost’ to the exchequer. The chief adviser could also help cut through the minutiae, in which governments can too easily get bogged down, says Carmona.

“If we had a chief built-environment adviser, that could be a strong person to remind the government of the importance of these issues,” he adds.

The danger of such arrangements, though, is that advisers, no matter how grand their job title, can end up cutting lonely figures in the Whitehall jungle. They also have a tendency to be appointed with great fanfare and then quietly culled, as was the case with the chief construction adviser role that was scrapped last year.

“There are structural issues that need to be addressed; a design tsar can only work if backed up by a unit that can support them,” Bishop says, adding that to ensure that the built environment is taken seriously, it needs a high-level Cabinet champion “with clout”, like Blair’s deputy prime minister John Prescott.

Max Farrell, project leader of the Farrell Review, says we shouldn’t just be looking for these champions in Whitehall, endorsing the committee’s call for councils to give one elected figure responsibility for all issues that affect the quality of the built environment. “Leadership can come from lots of different places,” he explains. “If we are only thinking about government providing leadership, we are on a hiding to nothing.”

Bishop takes heart from the fact that the report had been published by a committee of the House of Lords, which he believes gives it greater weight than the Farrell Review, which was commissioned on an ad-hoc basis by culture minister Ed Vaizey.

But while Bishop and many industry experts find “little to disagree with” in the report, the government probably will.

“The general thrust of the government has tended to be, with the clear direction of the Treasury, to deregulate all aspects of the built environment and leave it to market forces,” says Ian Phillips, vice-president of the Landscape Institute.

Tensions between the committee and government policy are easily identified. The day before the peers pronounced, the Department for Communities and Local Government published a technical document outlining how the provisions of the Housing and Planning Bill would be implemented.

Despite Carmona’s insistence that the Lords’ report was “not an attack on government policy”, the cross-bench committee rejected many of the measures outlined in the technical document.

These include the government’s proposal that planning permission could be given in principle for brownfield sites without having to seek detailed consent.

“This permission in principle seems to be forgetting about quality and just thinking about how things can be built quickly,” she says.

However, the industry may be waking up to the case for placemaking itself. A report recently published by Berkeley Homes concluded that councils and housing associations are increasingly unable to furnish the grassroots projects that help to knit communities together. 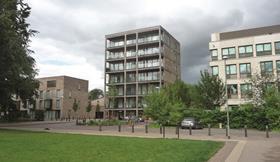 Based on a study of the housebuilder’s recently completed Saffron Square scheme in Croydon, it concluded that developers will have to provide this kind of community development work themselves.

A RICS report, published last week, shows that investing in such placemaking activity can pay off. An analysis by CBRE of sale values on the large-scale urban extensions it examined, such as Countryside Properties’ Stirling Prize-winning Accordia scheme in Cambridge, showed that good placemaking adds value to developments, although the scale of the uplift depends on where they are located.

In areas where new-build values are already relatively high, the RICS found the placemaking premium could be worth up to 56% compared with typical new-build properties.

It was less evident in lower-value neighbourhoods, where the most successful placemaking scheme outperformed the market by 20%.

“Spending more money at the start can reap better returns in the long term because you are making sure that the place works in the future,” he says.

Carmona adds that this is exactly the kind of message that bodies such as the RICS should be pumping out. “This will only get traction if industries and professional institutions get behind it and use it as a way of putting on pressure,” he says.

Ultimately, winning over the government depends on voters showing they care about the quality of new building. As Farrell says: “Until the public is more broadly interested, the government will have different priorities.”