Customer focus is crucial to future of retail

So said Glenn Aaronson, former chief executive of Multi Corporation and non-executive chairman of the Forum Turkey Fund, at a roundtable of key players from the European retail property market at this year’s MIPIM.

Aaronson qualified his “American dramatisation” by saying that, up until now, the world has been 80% development and 20% redevelopment, but that the future would be a mirror image.

His comments highlight that, due to economic challenges and the evolution of sustainability and placemaking, new retail development has been squeezed into an opportunity-driven niche by the advantages of redevelopment.

Loveless, whose company owns the Burlington Arcade in London’s Mayfair, added: “I think that if you can look at developing in prime locations in large city centres that is a unique opportunity.

“You tend to see that more in a down-market, when cities are looking for development, rather than an up-market, when they don’t want to touch it.

“In a down-market you will be able to lease to willing tenants at current market rates, but the stars have to align and you have to get financing in place.

“In my view, now is a great time if things fall into place in that way. Otherwise you can take a shopping centre that someone has mismanaged for a while and turn it around.”

The panel agreed that, as a result, the focus must shift to the customer – both the shopper and the retailer. Redevelopment is part of the response to the need for “customer focus”, but panellists noted that they are seeing the trend across a range of areas.

The biggest factor affecting the customer is considered to be the ongoing economic turmoil in the market. However, Vester believes that the problem is not so much the crisis, as the perception of the crisis.

“People are sitting on their money and they don’t spend as much as before,” he said. “They are anxious about spending money because they don’t know what is happening.

“The anxiety around the issue is a bigger problem than the issue.”

Kok added that the retail sector had something else in its favour – that it provides an emotional experience.

You can do a survey of shoppers and do you know what they will tell you? They don’t want to go to a new development.”

“For retail, the advantage is to do with happiness. Facebook doesn’t make people happy, but going to places and buying something generally makes people happy.

“So, when we look at retail from a long-term perspective, we are fairly positive.”

What do developers want?

“It is still two peaks and a valley,” said Aaronson of investor demand for retail property in Europe. “One peak is major retail: it’s big, it’s city centre, it’s shopping centres – everybody still wants it.

“The other peak is convenience and high street retail: the grocery side of retail, the high street shops. The valley is everything else.”

Loveless agreed, but also cited luxury brands as an area that he believes will continue to outperform the rest of the market.

But if you are lucky enough to own a property portfolio of destination and proximity projects, or as Kok calls them, “big” or “near” properties, you still cannot rest on your laurels.

The ethos of redevelopment is fundamentally aligned with that of serving the customer, the panel agreed. This is how to ensure your shopping centre becomes the customer’s “third place” (see box).

“When we look at the eurozone debt crisis, I think it is all about going back to project fundamentals of location, concept and mix – those have to be optimised,” said Kok.

“What we are seeing is that placemaking has to continue once the doors have opened, so mall management is becoming more important.”

Aaronson added: “In some ways this redevelopment mantra is along the lines of what the shopper wants.

The BREEAM qualification, for example, looks nice on the building as a part of a list of positives. But it doesn’t – not yet anyway – attract a better yield.”

“You can do a survey of shoppers and do you know what they will tell you? They don’t want to go to a new development. They want to go to the same place they have always been going to, they just want it to be better.”

Something else customers, government sectors and retailers want is sustainability. In Property Week and Multi’s survey of 400 readers, 86% of respondents said it was now an important part of their business strategy.

“There is no doubt that people are more conscious of it than they were before,” said Loveless. “I read an article and there was a quote in it about how having a more sustainable building should attract a better yield when you sell it. 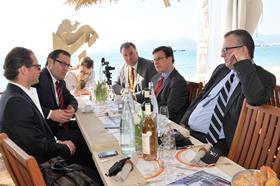 “I think it doesn’t. The BREEAM qualification, for example, looks nice on the building as a part of a list of positives. But it doesn’t – not yet anyway – attract a better yield.”

However, Vester added that his clients, usually Dutch pension funds, are the ones that push his business to be more eco-friendly.

“We have researched all our shops and we are starting to do it,” he said. “We are looking at where we can get quick wins and then we will look at what else we can do. Our clients push us to do it.”

The economic success of social media involvement is less clear, however. Only 27% of respondents to the Property Week/Multi survey said that social media or the internet were a key issue for their property business.

This was at odds with the views of the panellists, who agreed they had to engage with digital technology – from Facebook to mobile apps – even if they did not quite understand it.

Aaronson said: “I will promise you that internet retailing is a tidal wave, I know that for sure.

“As owners of shopping centres you can take one of two approaches. You can stand in front of the tidal wave and I promise you it will sweep you out – and it is going to be a bad thing – or you can go and get your surfboard and try to surf, through integration, the tidal wave.

“I don’t know how to do it and it is really tough but I am going and getting my surfboard because the alternative sucks.”

The constantly changing economic environment in the eurozone means it is not only social media that is forcing people to master new skills. But the message from Cannes was that if you want to survive, you had better dive in.

Predictions for the next five years 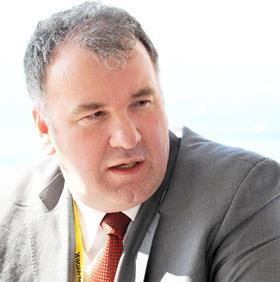 “A stronger focus on properties with strong fundamentals. I think the difference between ‘big and near’ properties and anything else will widen further.” 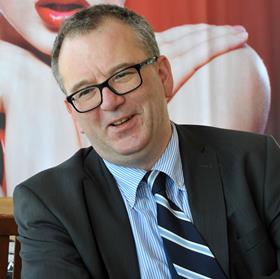 “A greater focus on internet technology, things like Facebook. We know it’s very important – ten years ago it was the same with the internet.” 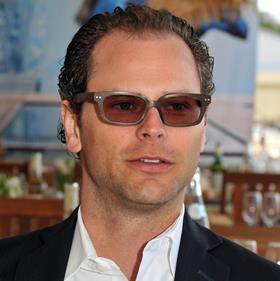 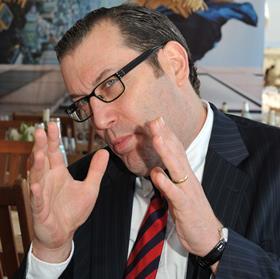