Spanish jeweller Uno de 50 is set to launch its first store in the UK at 143 Regent Street, after agreeing a 10-year lease with The Crown Estate. 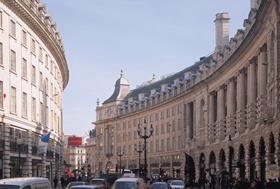 The brand will occupy a 1,250 sq ft unit for the flagship store, showcasing its range of handcrafted jewellery from April 2015.

Katerina Mercury, asset manager for The Crown Estate’s Regent Street Portfolio, said: “Following in the footsteps of Hunter, & Other Stories, Karl Lagerfeld and Piquadro, all of which opened their first UK flagships here, Uno de 50’s decision emphasises Regent Street’s position as the number one destination for successful global retailers looking to launch their brands in this country.”

Founded in the late 1990s Uno de 50 now has more than 100 stores worldwide, with locations including Paris, Milan, Barcelona and New York.

Jose Azulay, owner and president of Uno de 50, said: “We’re looking forward to bringing the spirit of craftsmanship which inspired the creation of Uno de 50 to this iconic part of London’s West End.”

The Crown Estate has been undertaking a £1bn regeneration programme of Regent Street which began in 2002.