Savills will report full-year figures “well ahead” of expectations, according to its pre-close trading update for the year to 31 December statement this morning. 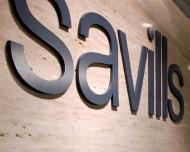 The news propelled Savills’ shares up almost 9% in early trading.

In December, performances across Savills’ transactional businesses resulted in revenue and profits significantly exceeding previous forecasts for the month. These were driven by the completion of a number of sizeable transactions in UK and European Commercial markets, which led to a stronger finish to the year than anticipated.

Accordingly, the group now anticipates that underlying results for last year will be well ahead of previous expectations.

In the trading update issued on 18 November, the group advised that as a result of a robust performance for the year to date, anticipated underlying results for the year would at least meet previous expectations.

Nevertheless, today’s statement from Savills also cautioned: “For 2015, we retain our cautious stance particularly on the performance of the UK Residential market in the first half of the year, as a result of continued uncertainty around the UK General Election, and the timing of a sustainable recovery in Hong Kong.”