In a recent transaction, completion was jeopardised because the buyer’s application for a priority search revealed another prior search and a unilateral notice lodged at the Land Registry to protect a lease which was a forgery. 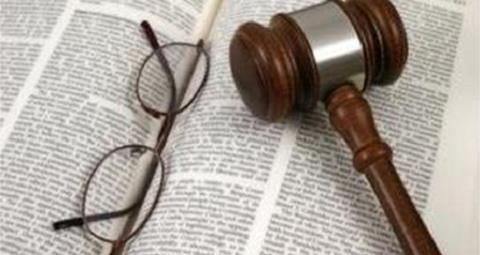 A simple job, you might think, for the Land Registry to put things right and the application to register the Unilateral Notice was given short shrift by the Registry who rejected the application on the basis of section 33(b) of the Act. We might have been forgiven for thinking that the Official Search would suffer a similar fate, but not so!

The Registry was requested to exercise the power under Rule 148(4) of the Land Registration Rules 2003 to cancel the Official Search on the basis that the forged instrument, even if valid, did not constitute a “protectable disposition” so there was nothing which the search could protect.

According to the Registry, it could not be assumed that the search protected the forged lease. Because of the theoretical possibility that some other lease might have been granted, the offending official search could not be cancelled, which means that the rules in this respect have the effect of protecting the fraudster, not the victim of the fraud!

Apparently, it would not always have been so. Under the former Land Registration (Official Searches) Rules 1993, the “purchaser” (i.e. the person applying for the search) was defined differently. Under those rules the term referred to any person who in good faith and for valuable consideration acquired or intended to acquire a legal estate in land.

In the verbatim words of the Land Registry solicitor “it is clear that the priority protection granted by the [current] procedure does not depend upon the good faith of the person who applies for the search. The new definition removes any need to enquire into the purchaser’s state of mind.” So, it would seem to follow that a search in “bad faith” is permitted under the rules if it doesn’t have to be applied for in good faith.

What all this appears to mean is that anyone can, at any time, effectively frustrate a genuine transaction by maliciously applying for an official search to protect a protectable disposition which does not actually exist. So any transaction which depends on being completed by registration and which needs to be protected by a priority search can be frustrated by an earlier search intended solely to frustrate the genuine transaction.

At the end of the day, the only effective solution is an application to the High Court for an injunction requiring the applicant to cancel the Official Search. This is not a cheap procedure but the supine position adopted by the Land Registry (or to be fair, which the Land Registry is required to adopt by of virtue of the drafting of the 2003 Rules) means that this is the only remedy which the victim has available. The proverbial sledgehammer to crack a nut!

Should the property industry be content that this seems to be the only method available for the policing of fraudulent official searches?