Slips, smokes and suntans at the PW Cup

When it took over the title sponsorship of property’s oldest charity football competition dating back to 1966, Property Week wanted to evoke the spirit of England’s solitary World Cup victory. 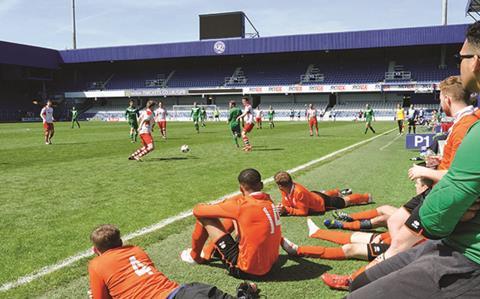 The event at QPR’s Loftus Road was a roaring success, with more than £3,000 raised for the Bobby Moore Fund and Cancer Research UK. It also brought back a few classic football stereotypes from the era of Best, Marsh and Greaves.

Amid the array of top skills on show, Metropolis spotted a goalkeeper nipping out for a cheeky smoke between games and a host of ice creams being eaten by sunbathing players on the sideline.

The hot weather also prompted QPR to turn on its sprinkler system, which led to a couple of comical slips and slide tackles in the latter-stage games.

However, the golden raspberry goes to one team’s goalkeeper, who woke up late and missed his side’s opening match.

A real throwback to the good old days of the people’s game.