The rise of inflation and the cost of materials has been a key concern in the construction industry recently. 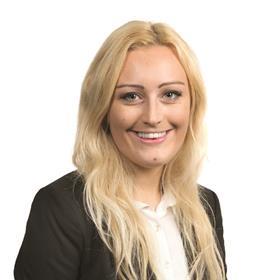 Now, as a result of ever increasing and variable costs, both employers and contractors are looking to include fluctuation provisions into their contracts.

Over the past few years, it has been common for construction contracts to be entered into on a “lump sum basis”, whereby there is a fixed price for the works and the contractor picks up the risk for any increased costs in materials, labour or inflation over the course of the project. With the sharp increase in costs for key materials such as steel, combined with soaring interest rates and general economic uncertainty, contractors are no longer prepared to take on this risk.

So we are now increasingly seeing fluctuation provisions introduced into contracts. However, it is not just contractors who are requesting these provisions, as employers are also seeing the benefit of introducing pricing mechanisms.

Incorporating fluctuation provisions can also help protect against contractor insolvency. If a contractor enters into a fixed-price contract that ultimately ends up being very unprofitable, this puts a contractor at increased risk of insolvency, which is very costly to an employer in terms of both maintaining the construction programme and reducing the value of the collateral warranties being provided.

As a result, in the past few months we have seen increased requests from employers to include different provisions to protect themselves from this risk. This ranges from fixing the price of the entire contract, except high-risk packages, which are index linked, to the entire price of the contract being index linked.

It is clear that fixed-price lump-sum contracts are being increasingly replaced with contracts that include fluctuation provisions to deal with the uncertainty in the current economic climate.

Amy Middleton is an associate at Eversheds Sutherland