Our planning system in its present form is inefficient, overly complex, unpredictable and badly resourced. 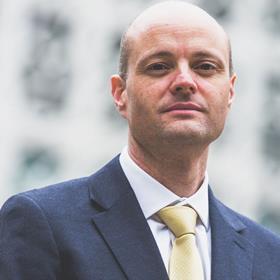 The need for reform has been obvious for some time, but the expectation that it would happen has caused the planning system to grind to a halt in many areas as local authorities wait to see what the new system will require. It was therefore positive to see the long-awaited reforms finally coming forward, and the new prime minister – whoever they may be – must stay the course.

Government rhetoric around planning reform changed significantly when Michael Gove was appointed secretary of state – what was originally badged as “radical reform” was downgraded to a tidying-up exercise. Gove didn’t shy away from opportunities to criticise the development industry.

Nevertheless, most of the earlier reforms remain in the new Levelling-up and Regeneration Bill. A streamlined local plan with a strict timetable for preparation, nationally set development management policies, a new infrastructure levy to replace S106 agreements, design codes, the digitisation of the system and a focus on beauty are all there.

While the unpopular proposal for ‘growth zones’ was scrapped, its objective is still in evidence. It will become much harder for councils to refuse applications on sites that have already been allocated for development. In return, however, there will be no need for councils to maintain a five-year housing land supply if their local plan is up to date. This seems a big change, but shouldn’t be if local plan inspectors properly interrogate the proposed supply in the early years of new plan periods.

While street votes grabbed most of the headlines, they are unlikely to deliver substantial numbers of new homes. Instead, it is all those other, more prosaic measures that will make the biggest difference to housing supply by making the system simpler and more predictable and providing incentives to councils to put local plans in place.

Although Gove has gone, his replacement – at least for the time being – Greg Clark has experience of the brief. It is hoped Clark shows the same political skill and keeps the momentum to avoid yet more planning paralysis.