Following the investigations and reports carried out in the wake of the Grenfell Tower fire, one of the key questions has been who pays to remedy defective cladding. 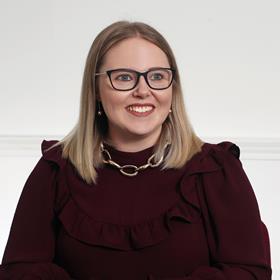 Initially, leaseholders were going to be liable but housing secretary Michael Gove’s amendment to the Building Safety Act earlier this year stipulated that developers would need to contribute to a £4bn national fund to pay for remediation.

When the government introduced the measures, it set out that if developers did not contribute to the fund, it would “be able to block planning permission and building control sign-off on developments, effectively preventing them from building and selling new homes”.

it will be. Local authorities are already underfunded and overstretched, so if this additional responsibility falls on them, it should be properly funded.

Equally, it has not been made clear yet whether it would be a civil or criminal matter if a developer proceeded to implement a permission when they had been sanctioned under the legislation.

Currently, carrying out unauthorised works to a listed building is a criminal offence, while non-compliance with planning conditions is a civil offence. We will be watching to see the government’s decision on enforcement over the coming months.

Restrictions on implementing planning permission could see developers sell land on to other developers to build out schemes, essentially circumnavigating the restrictions, unless additional restrictions are going to be placed on the ability to sell land.

The government would be wise to avoid this as it will definitely slow down new homes delivery and conflict with the agenda to deliver 300,000 homes a year. While building safety is a very serious issue that needs to be remedied, there are many unanswered questions that will need addressing if the measures are to work effectively without causing a drop in housing supply.

Ella Jones is an associate in the planning team at Forsters