The government has published its long-awaited Energy Security Strategy, setting out its goals for Britain’s progress towards greater levels of self-sufficiency through the use of renewable energy. 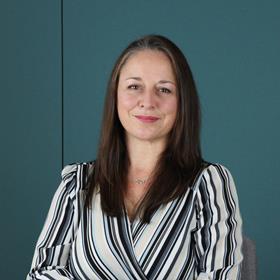 The prime minister’s foreword criticises past behaviours, but this is not a new problem; renewable energy has been debated for decades and it is only now, in a crisis, that positive action appears to be being taken. Whatever the drive behind the proposals, it’s better late than never.

carbon capture, usage and storage, or CCUS; the natural environment; and green finance.

For housebuilding, the key proposals will be those relating to energy efficiency. There are a range of initiatives to assist with upgrading existing buildings, as well as providing more flexibility to integrate renewable energy into new builds. These include consulting on planning rules to strengthen policy in favour of roof and ground solar development and introducing design standards to encourage solar energy.

With customers keener than ever to incorporate the technology, developers will find that what was once a USP will now be a necessity, even on conversions.

The government is also restating its support for onshore wind as one of the cheapest forms of renewable energy. Land and property owners and developers alike could benefit from improvements in network infrastructure. The focus is on community-led projects rather than individual benefit, retaining the ability of local authorities to deny the scattering of small turbines across Britain’s countryside.

In all of this, what should not happen is the disregard of individual choice. Yes, there may be increased build costs, but the industry (not just housebuilders) needs to be careful not to drive either the property market or the energy market to a point where they leave customers struggling.

Kate Jardine is a planning lawyer at Thomson Snell & Passmore