Level up by reforming the green belt

The government recently responded to the Levelling Up, Housing and Communities select committee’s report on The Future of the Planning System in England, which requested a review “to examine the purpose of the green belt, including whether it continues to serve that purpose, how the public understand it [and] what should be criteria for inclusion”. 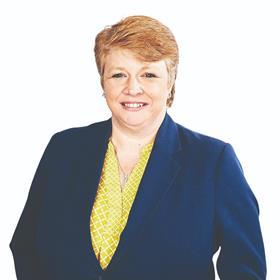 In its response, the government said it had no plans for a review of the green belt, as the “land is important for preventing urban sprawl into the countryside, while ensuring that towns and cities grow in a sustainable way”.

It is ironic that the Levelling-up and Regeneration Bill does not include green-belt reform, because maintaining the green belt has driven the north-south divide by constraining growth – and inflating house prices – in the South East.

Few would argue for the green belt to be abolished, but its value would be increased if its strictures were softened. The broad-brush approach that prevented post-war sprawl has led to some land being overprotected: much of the green belt is inaccessible or protects unattractive edge-of-settlement brownfield sites that have potential for sustainable development.

The process that allows for land to be removed from the green belt is time-consuming and comes with considerable risk. Were legislation to allow for local flexibility, such sites could be freed for development.

Land surveyors in Boyer’s parent company Leaders Romans Group have identified the A1 corridor as an area with significant growth potential. The 100-mile stretch from the north of Cambridge to Gainsborough is at least eight miles from green belt. In the past week alone, we announced two large land sales, for a 64ha storage/logistics site in Lincolnshire and a 47ha urban extension.

This is not a call for the green belt to be scrapped, but green-belt policy and planning policy clash on many levels and reform is needed to resolve these conflicts and deliver homes across the country and, in doing so, genuinely level up the UK.