The joy of variety – with no strings attached

Brompton Bicycle, Thunderbirdsand the NHS - it is only in industrial and distribution property that you could have been working alongside such unique brands as these in the past few weeks. 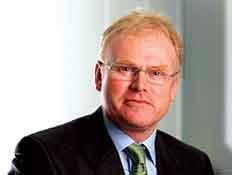 It is this variety of occupier that, in part, helps to explain the continuing strong performance of the sector. According to CBRE’s United Kingdom Logistics, H1 2015 report, released last month, demand remained strong in the first half of the year, with take-up of almost 9m sq ft, 5.3m sq ft of which occurred in the second quarter.

CBRE also said demand from investors remained high, with £1.41bn invested in the sector in the first half of the year, equating to roughly half of last year’s £2.85bn total.

Until the 2000s, the use of industrial property was largely characterised by a focus on traditional distribution and manufacturing, resulting in a steady performance but a relatively narrow set of fairly mundane uses. Now, wider trends are broadening the importance of the buildings delivered by the industrial sector, at the same time as placing greater responsibility on how developers work with and for the wider community.

Much has been made of internet and convenience retail, with the growth of urban logistics and home delivery. We have benefited from that in our portfolio but there is so much more. The rise of British design is affecting what we do, putting British products at the forefront of global demand.

For example, Brompton Bicycle, which last month leased 86,000 sq ft at our Greenford Park, Park Royal, north west London, has a flagship store in Chengdu, China, which will now be served from Heathrow.

Highly skilled craftspeople will manufacture the bikes and accessories in west London, with the unit housing advanced technology, ranging from 3D printers to precision machinery.

The growth of tech and media has not just benefited Shoreditch offices, nor the innovative online funding many of their residents have attracted. Iconic TV puppet adventure show Thunderbirds, originally filmed at Slough Trading Estate in the mid-1960s, is returning there to film three new episodes. The project, which is supported by ITV and original creator Gerry Anderson’s son Jamie, has raised £218,000 in crowdfunding via Kickstarter.

Go into another unit on the Slough Trading Estate this summer and you might have thought you were visiting the set of Casualty. This is the CumberLab - a replica A&E ward that is part of a research programme looking at ways to improve NHS efficiency. The Cumberland Initiative has been pioneered by clinicians, professors and computer simulation companies; they are hoping to use computer modelling to help the NHS save 20% of its budget over five years. The industrial unit was used to ‘war game’ situations in which the Cumberland team could test and measure new ways of working in a safe and realistic environment.

So a widening breadth of uses for sure. And a deepening responsibility to the community too. Traditional s106 agreements focus quite simplistically on construction of infrastructure and other capital contributions with community benefit. Uses such as Cumberland and our Slough Aspire training initiative show industrial property participating in a broader relationship with the community. In 2014, Slough Aspire, also housed in a unit on the Slough Trading Estate, worked with 2,500 local students, enhanced skills for 440 residents and helped 140 businesses and their employees.

In saying industrial prime equivalent yields are 5% - down 50 basis points from the end of 2014 - and that rents are increasing in the majority of markets, CBRE reported on a sector in rude health. But the success story is not just in compressing yields and accelerating rental growth; it is also the extraordinary things that are happening in Britain’s industrial property. I can’t resist quoting Thunderbirds: it’s F.A.B.