Founder and CEO of Pacaso, Austin Allison, discusses how co-ownership has become the smart and responsible model of purchasing a second home, and could help ease the affordability problem in in-demand areas. 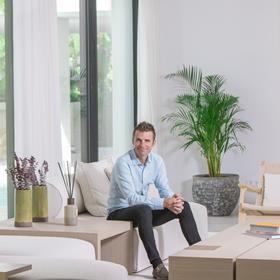 Pacaso strives to empower people to right-size their second-home ownership by only buying the amount of a house they need, whether that be an eighth, a quarter, or a half.

Speaking to Blackstock Consulting’s Andrew Teacher, Allison explains how the second-home ownership model of the past is flawed, creating a lot of downstream issues. “If you look at central London alone, there’s about 40 billion dollars worth of vacant real estate”, he argues.

“So anytime you have vacant real estate it means locals are being priced out of being able to afford primary homes in that market because all those empty second homes are taking supply off the market.”

If secondary homeowners – who by definition don’t live in a property year-round – instead pooled ownership, it would free up supply for locals, Allison argues.

In contrast to a timeshare, Pacaso’s business model means that buyers own real estate rather than a liability, therefore making it a far more appealing asset to sell on. Allison reports that Pacaso’s units have resold on average in about 10 days from the time that they’re listed for about 10 to 15 percent more than what the buyer had paid previously.

Though it takes time for change to be adopted by an industry, Allison admits, he anticipates the exciting potential of sustainable construction methods in building Auxiliary Dwelling Units – a smaller second construction on the same plot as a typical single-family house – and IoT-connected smart homes to further shape the housing industry over the next 20 years.

And despite the bleak economic outlook that many forecasters are predicting, Allison remains upbeat.

“These challenging macroeconomic times tend to present more opportunity than problems if you have the right team, the right company culture and the ability to act with agility and evolve in such a way that you’re able to meet the needs of the current market,” he says.