We must future-proof our communities for the sake of our older generation, says Centre for Ageing Better chief executive

Dr Anna Dixon of the Centre for Ageing Better discusses the urgent need to create accessible housing options for later living and the resulting benefits to the community. 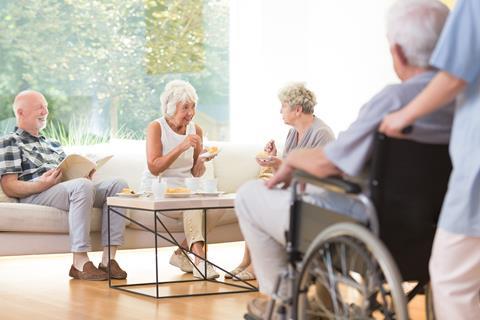 Homes and communities across Britain must be future-proofed to ensure older people can be both housed appropriately and are enabled to fully contribute to society, according to the Chief Executive of the Centre for Ageing Better.

As the UK embarks on the most radical shakeup of the planning system since the Second World War, Dr Anna Dixon said that a drive towards delivering “all-age” communities will be critical.

Speaking to Guild Living director and co-founder Eugene Marchese and Blackstock Consulting managing director Andrew Teacher, Dr Dixon added: “I think having those accessible housing options available to people in those places where they can live and play and do all the things that they want to do to have a good later life is really critical.”

You can listen to this podcast via Apple Podcasts or Spotify or SoundCloud or listen to it through the player below.

Research by the Centre for Ageing Better shows that around a third of the over-50s recognise their homes will require potentially expensive works and upgrades to make them suitable for later life. Worse still, a previous report from the group also found that more than two million people aged over-55 were living in homes that endanger their health.

“But it seems that for many, money is a barrier although there is growing interest in things like equity release products,” Dr Dixon added.

While a significant number of older people say they would prefer to stay where they are, some three million would also be interested in downsizing. However, a chronic lack of choice when it comes to purpose-built homes for later living has left many feeling that they have no choice but to stay put.

Despite the popularity of retirement communities in the likes of Australia, New Zealand and the United States, Guild Living’s Eugene Marchese argued more needs to be done in the UK to communicate the benefits of moving to a retirement village.

Marchese said: “Let’s be frank, until recently, older people in the UK did not view moving to a Retirement Community as aspirational. People associated Retirement communities with Care Homes. In Australia and New Zealand, the offering is very different and it’s actually aspirational.

“However, what is interesting is that when you start to ask around in the new generation of retirement communities here, [residents] will tell you ‘I should have done this years ago, I’m actually having a great time, I’m now devoid of the chores that tied me to my old home which didn’t allow me to do the things I want to do’.”

Marchese predicted a growing demand for more multigenerational communities will intensify over the coming years, describing it as “one of the major town planning shifts that we’ll see over the next 10 years”.

He said: “A true village operates when you get a cross-section of community. We all feel comfortable when we look across a square and we see children kicking a ball and adults having a coffee and teenagers holding hands and older people sitting there and having a conversation.

“There is no reason why we cannot create environments that deliver that. That’s the sort of environment we should be creating.

“There’s [currently] this notion that we have to create ghettos or enclaves of certain types of people.”

Encouraging older people to live in urban centres is also good for local economies, said Dr Dixon, with those aged 50 and over accounting for “about half of all sorts of household spending”.

Dr Dixon added: “I think we need to recognise that part of a thriving place is having older people who are living there for whom those shops and services are accessible.

“One of the big issues about the high street is that a lot of people who were shopping there were older consumers and so I think it needs to be seen that, actually, there is an economic opportunity.”

You can listen to this podcast via Apple Podcasts or Spotify or SoundCloud or listen to it through the player above. This podcast was produced by Blackstock Consulting founder Andrew Teacher and you can Tweet your views @andrewjteacher