We must help workers explore ‘beyond the beehive’

In a recent discussion about the modern workplace, Peter Rees, the former chief planning officer for the City of London, drew a curious analogy of beehives in a compost heap. 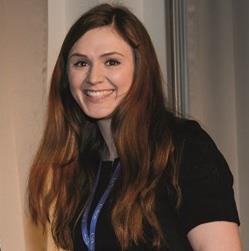 “Bees cannot make honey if they are sealed in a hive – they need access to the tempting nectar in the garden, and while foraging they cross-pollinate the plants,” he mused.

“Instead of a hive of bees, think of your workforce; for nectar-bearing flowers, think bars and restaurants; and for the pollen, substitute the latest business gossip,” he continued. “A successfully creative business lives in a ‘beehive’ on a ‘compost heap’.”

This analogy alludes to the benefits we gain from working within a cluster of office towers that house similar industries, but also from working away from the beehive in the flowers with like-minded individuals who can encourage innovative ideas to take back to the beehive.

Today there is undoubtedly an impulse not to be penned into the traditional workplace. According to the Office for National Statistics (ONS), from 1998 to 2014 the number of the UK’s remote workers increased by 41% to 4.2 million – a trend that is likely to continue.

The changing demands of the workforce have encouraged developers, landlords and employers to change their approach to the footprint and format of real estate. As the line between work and home becomes increasingly blurred, we begin to look beyond the workplace and turn to the ‘third space’. The demand for traditional office space is decreasing, along with its value. The desire of employees to work in more creative environments has led to a dramatic increase in the demand for, and value of, alternative space such as serviced and co-working spaces.

As the serviced and co-working revolution continues to boom, over the next 25 years we can assume that this will have a fundamental impact on the nature of the commuter hub. With remote working expected to continue to increase, the commuter belt is likely to become internationalised as employees are no longer needed in the traditional office five days a week.

Halifax noted that in 2015 house prices across the UK increased by 10.1% on average, with Royston, Hertfordshire, experiencing a 19% increase, while the London Borough of Kensington and Chelsea only experienced a 1%increase. The growth in remote working may exert downward pressure on city housing rents and capital value, and upward pressure on the demand for housing within current commuter belts and beyond.

In some ways this trend is nothing new. In the 17th and 18th centuries, ‘remote working’ was common. With workers going to coffee houses and pubs to gossip and trade business, those venues became popular meeting points for gathering news and tip-offs. Unfortunately, the rise of the utilitarian workplace of the 20th century diminished this way of working and encouraged employees to remain at their allocated desks. 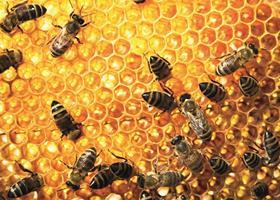 “A successfully creative business lives in a ‘beehive’ on a ‘compost heap’.”

Today the increase in remote working is influencing the resurrection of a coffee-shop culture. The Allegra World Coffee Portal report, Project Café 2015 UK, calculated that in 2014 there were 5,781 branded coffee-shop outlets, such as Caffè Nero and Starbucks, in the UK. This number is forecast to grow by 26% by 2020, demonstrating increased investment in spaces that allow employees to venture beyond the traditional workplace.

In this sense, remote working is a pre-existing practice, extending from meeting a client for a drink, to strategising in a coffee shop with colleagues, to reading your emails while on a treadmill. As such, remote working may not transform the commuter belt after all – according to the ONS, 13.9% worked ‘remotely’ in 2014, but of those only 8.9% chose not to work at home.

Consider also the UK’s ageing population. Those who have been used to commuting to the major hubs such as London, Bristol or Manchester over the years are unlikely to change their routine in the future. This perhaps suggests that the commuter belt will not transform itself, but rather the nature in which it is used may change.

As Rees noted, it’s no good a bee occupying the smartest, most efficient beehive if it doesn’t participate in what is going on elsewhere. As a 200-year-old practice that is finally being re-embraced, remote working is encouraging employees to remove themselves from their beehives and explore the flowers, compost heap and beyond.

Although it is difficult to foresee how the commuter belt will be transformed, the impact on the supply and demand of real estate is evident. The demand for unconventional office space is being met by a strong and growing supply of co-working areas, serviced offices, coffee shops and so on.

The beautiful flowers that benefit from our burgeoning compost heaps are not only of investment value to developers, landlords and occupiers alike, but also encourage the workers within the beehive to produce finer honey.