Design for a healthier life can be built into the workplace 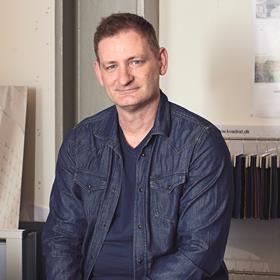 The extent of mental health issues in the workplace is becoming more recognised in the UK, and while ‘agile’ and ‘activity-based’ working may be becoming more common, the UK is behind the curve when it comes to design that can improve employees’ mental wellbeing.

Companies in the Netherlands, Sweden, Denmark and Australia have been developing this area of workplace design for more than 10 years and are now addressing mental health in the workplace, providing the UK market with valuable templates for learning.

A recent study by the British Council for Offices, ‘The impact of office design on business performance’, found that company salaries equate to up to 85% of business expenditure, far outweighing the value of property. With this in mind, should we not focus on creating workplaces that support people to achieve their best possible performance?

Architects firm Hassell coined the phrase ‘health-based working’ when employed by Australian health insurer Medibank in 2014. Medibank’s business objective was to promote better health for everyone and this inspired the company to make its new HQ in Melbourne’s Docklands (pictured) one of the world’s healthiest workplaces, enabling better outcomes for its members, employees and the wider community.

Medibank employees are offered the freedom to choose how and where they work; with laptops and mobile phones in hand, they can select from more than 26 types of work setting, ranging from indoor quiet spaces and collaborative hubs to wifi-enabled balconies and places to work while standing up.

In certain areas, circadian lighting, which allows the colour and intensity of the light to be controlled, mimics natural daylight patterns to support people’s biorhythms. Meanwhile, employees in search of a workout during the day can access a multipurpose sports court at ground level.

Next door, an edible garden lies alongside a demonstration kitchen that Medibank uses to promote healthy eating to staff, not-for-profit organisations and the wider community.

A ramp from the building’s entrance spirals upwards from street level, giving employees easy access to bike storage on their way into work, and the space is rich with plants and greenery throughout. 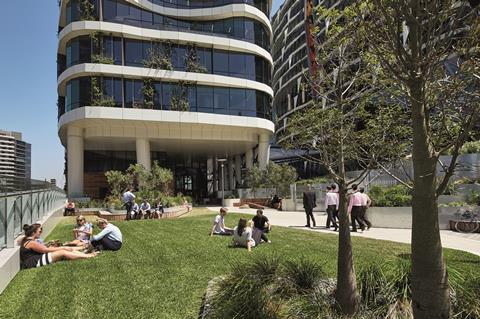 Within four months of moving in, 79% of employees reported that they were working more collaboratively and 70% said they felt healthier working at Medibank Place. Furthermore, 66% of staff said they were more productive in the building and absenteeism at the call centre fell by 5%.

While we know from research that physical design affects our mental health and happiness, this area has not been studied in great depth. A National Research Council of Canada study in 2011 reviewed the existing research on workplace design that supports mental health and wellbeing, but this was carried out solely in traditional office environments and focused on outcomes such as productivity. A huge amount has changed in workplace design, and wellbeing indicators, even since then.

Organisations such as Medibank that are prepared to invest in innovation and the creation of new workplace models, as well as capture new evidence on the impact of design, are important markers for progress. As a design practice, we are seeing wellness emerge as a priority for an increasing number of companies in the UK.

We are intent on using our expertise and experience to implement these innovations in health-based working, to help promote wellness in the workforce and boost the productivity of everyone from tech companies, to law firms and co-working organisations.

Matthew Blain is a principal at Hassell