We can’t go to the cinema, restaurants, pubs or clubs, the theatre or the shops. What can we do? We can read, watch TV and listen to music, that’s what. But where to start? See recommendations from the Property Week team and our readers below: 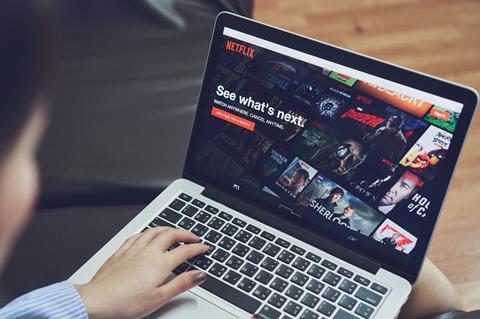 My Architect: A Son’s Journey is an extraordinarily moving documentary film by Nathaniel Kahn about his father, the legendary American architect Louis Kahn, who died in 1974. The film is available to watch online.

In The Kindness Diaries on Netflix, host Leon Logothetis travels the world relying on the kindness of strangers for bed and board and repaying them in kind. It shines a light on the best of human nature and helped inspire CBRE’S ‘kindness pledges’ idea. In times when we are separated from those we care about, we think this is more important than ever.

The second series of BBC podcast 13 Minutes to the Moon uses historical interviews with flight controllers and astronauts to tell the story of the nearly disastrous Apollo 13 mission in April 1970. I remember as a schoolboy sitting mesmerised in front of my family’s black-and-white TV, watching the drama unfold non-stop for five days. The entire series can be streamed on BBC Sounds.

The soothing tones of This Is Love presenter Phoebe Judge are an antidote to any cabin fever you might be feeling. Her podcast investigates stories of love in the loosest sense. Season 4 focuses on nature, animals and the wild.

In Bryony Gordon’s Mad World podcast, the Telegraph journalist and mental health ambassador interviews guests about their mental health journey and always starts with the question: “So how are you really?” Bryony founded the Mental Health Mates network, which inspired CBRE’s Mental Health Buddies programme.

At only 10 minutes an episode, the podcast This Day in Esoteric Political History is more digestible than its name might suggest. Each episode looks at one moment in US political history from that day in the past and analyses what lessons can be drawn from it. It is a great way to gain a bit of historical perspective. Download from iTunes or anywhere you get your podcasts.

If you want a laugh: Fortunately by Fi and Jane is a podcast from Jane Garvey and Fi Glover. The two BBC Radio 4 broadcasters (you may recognise Jane as a presenter on Women’s Hour) spend the hour chatting to themselves, speaking over a range of guests, and sometimes bring some radio clips to play. Mostly though, they’re very rude and extremely funny, and we would recommend them heartily if you need a lift.

If you want a deep dive into human nature: The Ted Radio Hour by NPR. This is a genius concept, with each podcast focusing on one topic such as “anger”, “failure”, “the source of creativity” and “risk”. A number of Ted Talkers are interviewed on their talks, weaving together a fascinating exploration of important topics.

If you want to keep up to date with current affairs: The Daily from the New York Times and Beyond Today from the BBC both follow similar formats, covering one newsworthy topic each day of the week. They’re short, very well researched, and cover a range of topics from the success of South Korean oscar-winning Parasite, to the American women who joined ISIS.

If you want something silly: No Such Thing As A Fish comes from the QI elves (who write the questions from the panel show). They take us through all the strange facts they learnt that week. Prepare to be impressed, horrified and to have more than one laugh out loud.

If you want something gripping: The Dropout or Broken: Jefferey Epstein. The former follows Elizabeth Holmes, who is currently standing trial for massive fraud, after her blood-testing firm Thernos unrivalled. The latter takes us through the life of Jefferey Epstein, uncovering previously unknown actions and experiences. It also delves into Ghislaine Maxwell, his longtime alleged facilitator, and the prison in which he spent his last weeks.

If you want something akin to therapy: How Did We Get Here is a podcast from Dr Tanya Bryon, a psychologist, and her longtime friend Claudia Winkleman. In each episode, Claudia interviews a member of the public who has a problem they wish to fix. We then listen in as Tanya talks that person through the issue, with incredible results. It feels like a free therapy session, and our only tip is to make sure you’re not wearing makeup as it’ll smudge.

‘This is Me’ from The Greatest Showman is one of the biggest feel-good songs of recent years. It brings together a deeper meaning of compassion and kindness and encourages everyone to bring their whole self, not just their best self. When this song is on, you cannot help but move your feet, tap your fingers and get involved with the beats.

Containing biographies of about 200 London architects from Inigo Jones to Norman Foster, Architects and Architecture of London by Ken Allinson is a great book to dip into and easy to read. Building Seagram by Phyllis Lambert tells the compelling story of the design and construction of the legendary New York skyscraper. Designed by Mies van der Rohe, this awesome, heroic building is a big influence on my own work.

If you want a screen break while engaging in something meaningful, check out autobiographical graphic novels. A Drifting Life is a masterpiece that completely absorbs the reader in author Yoshihiro Tatsumi’s journey to become a manga artist in Japan between 1945 and 1960. Fun Home by Alison Bechdel tells her story of growing up as the daughter of a funeral-home owner and her relationship with her father. The book’s musical adaptation is also available online.

The Boy, the Mole, the Fox and the Horse by Charlie Mackesy is one of the most creative books of recent years. Bursting with simple sketches, it brings to life the true value of compassion, kindness, understanding and self-worth. The simplicity of the line drawings and the emotions they invoke make this an absolute classic.

Although many of the world’s most famous museums are shut for the foreseeable future, Google Arts and Culture collection allows viewers to take virtual tours of leading institutions. Here the Rijksmuseum in Amsterdam, Guggenheim Museum in New York, Musee d’Orsay in Paris, and many more, can be viewed from the comfort of your couch. This huge project displays a wide range of art and artefacts from Egyptian mummies through to Vermeer’s atmospheric domestic interiors (particularly apt for these strange times)

In the face of theatre and venue closures many are also moving their performances online. New York’s Metropolitan Opera will be streaming shows every night at 7.30 EDT, which will be accessible until 3.30 EDT the next day

Shakespeare’s Globe has many of the classics on Globe Player, while video platform Nowness contains a diverse array of global arts and culture.

In many ways the release of the 900-page final instalment of Hilary Mantel’s Thomas Cromwell trilogy couldn’t have been better timed. Spend what would otherwise have been your commute getting into the ‘The Mirror & the Light’ and the deadly intrigues of Henry VIII’s court in the wake of the execution of his second wife, Anne Boleyn.

National Theatre at Home is currently showing the Donmar Warehouse’s visceral 2013/14 production of Coriolanus, with Tom Hiddleston in the title role. It is arguably one of the most dynamic versions of the play ever staged. Its strong cast and small stage give it great immediacy and the savage conclusion is extremely poignant. It is available to watch on YouTube until 7pm on 11 June.

For instant relaxation, spend a few hours trawling YouTube. Living Big in a Tiny House and Exploring Alternatives both make for absorbing viewing. Alternatively, why not learn a new skill? There are many music tutorials for lockdown learning, such as David Bennett Piano and Guy Michelmore’s channels. For synth enthusiasts, Andrew Huang, BoBeats and the incredible Once Upon a Synth channel are real rabbit holes.

For those entertaining children whilst working from home and in need of an early morning workout, Joe Wicks is running PE lessons at 9am each morning on his YouTube channel.

Go back to the Covid-19 Support Hub