A force for good: how Haward made the leap from sergeant to developer

Catherine Haward had spent 19 years in the police force and expected to stay there for the rest of her career. 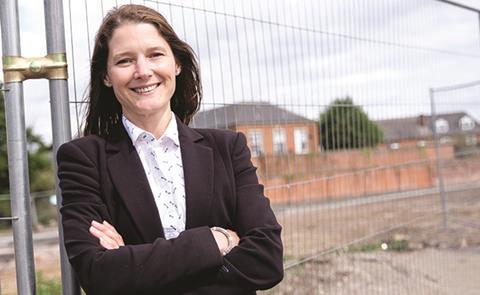 Fast-forward five years and, in a move that is surprising even for her, she is managing her father’s development company, Leicester-based Wheatcroft Land.

The real estate industry is one she previously knew nothing about but, determined not to let her dad’s legacy go to waste when he became ill, she stepped up and took on the challenge. And what a challenge it has been.

Recounting the past few years, Haward says: “In managing life day to day, some days I don’t know whether I’m coming or going. [I’m] juggling everything.”

She has had to cope with her father’s rapid decline into dementia, a complete career change, taking on a business she knew nothing about, going through a lengthy court process, doing a degree in real estate management and looking after her family, which includes two teenagers.

Through sheer grit and determination, Haward is making a success of the business. Since she took over Wheatcroft Land, she has embarked on two new developments and grown turnover threefold to just shy of £1.6m. “I am proof that you can teach an old dog new tricks,” she says.

Her ambition now is to grow the business further. Haward’s personal story is at times heart-wrenching. “Dad doesn’t even recognise me these days,” she says.

It was around 2005 that Haward first recognised signs of her father’s dementia but it wasn’t until 2010 that he was finally diagnosed with Alzheimer’s.

He, Clinton Bourke, was a chartered civil engineer and the former managing director of Wilson Bowden Developments, which he left in 1989 to set up Wheatcroft Land.

The company’s assets include Sixfields Leisure Park in Northampton, a unit at Meteor Centre Retail Park in Derby that Wheatcroft developed for PC World, two industrial properties and land Bourke hoped to get planning for retail use for.

In 2012, Bourke’s health took a turn for the worse. At the time, Haward, who joined Leicestershire Police in 1995 at the age of 21, was a sergeant working towards becoming an inspector. “My career was going really well, but it came tumbling down when dad got diagnosed. His illness just got worse and it came to crisis point.”

Haward took two career breaks - to look after her father as well as his dormant business, which despite having not developed anything since the mid-2000s was still turning over £500,000 a year from various investments. 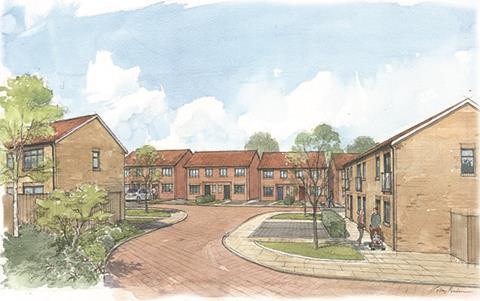 “During that period, I started thinking about whether I should sell the business, break it up, sell individual assets or employ someone to take over the management of the company,” Haward explains. “But, I thought, maybe I can do it myself. Maybe I could learn about the business and the industry, and expand and improve what dad had started.

“There was no looking back and no need to consider the other options because I thought yes, I can do this. I like a challenge - let’s take it on.”

So in 2014, she resigned from the police. Making that decision was easier than legally taking over the business. What followed was a two-year battle through the Court of Protection for Haward to attain power of attorney enabling her to become company director.

Once she had finally taken control of the business, her police training had stood her in good stead for the challenges that lay ahead.

With my police background I’m all about the process. It’s a similar process in property

“With my police background, I’m all about the process - how to get to A, then B, then C. It’s a similar process in property. It’s just that the steps are different. There’s due diligence; financial appraisals; the planning commission; design and engineering solutions; dealing with your agents; the letting and legal agreements; and the finished product.

“In 2013-14, I had no idea of that - no idea of that process and of all the different professionals,” says Haward, who uses consultants rather than employing people directly.

Given all she has gone through in the past few years, does Haward wish she had just sold the business? “No, definitely not,” she says emphatically.

“It was a difficult decision to leave the police but I have so enjoyed learning something new. Now I’m in my 40s and doing a degree at the University College of Estate Management in Reading, which I complete next year.

“I haven’t tried to run before I could walk. I have tried to do things slowly and steadily, taking on two projects while I build up my knowledge - and my confidence.” 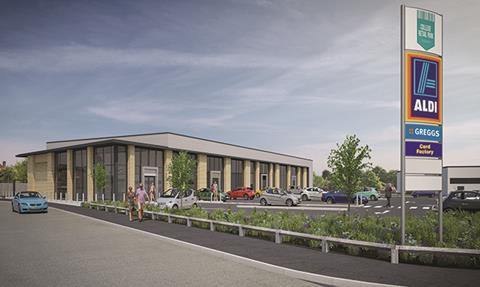 College Retail Park in Derby will be anchored by a 15,000 sq ft Aldi store

College Retail Park is one of those two projects. The value-led retail scheme on the edge of Derby city centre will be anchored by a 15,000 sq ft Aldi foodstore. Aldi has completed the access road - a condition of the land sale agreement - and construction of its unit is under way. The other units range in size from 1,230 sq ft to 7,505 sq ft.

The second is a 1.1-acre plot of land in Ancaster, Grantham - formerly the site of a petrol station, car showroom and repair garage - which Wheatcroft bought in May 2015. Planning permission has been granted for a £3m mixed-use development that will comprise a 3,000 sq ft retail store and 14 two- and three-bed houses.

Haward says she is now in a place where she can take on more developments. She hopes to embark on two to four developments and generate a turnover of between £1.5m and £2m per year for the next few years. The aim, eventually, is to get to a position where she can increase turnover by about 20% year on year.

Sadly, her father’s illness is now so severe he is unaware of what is happening with the business.

“It’s sad because he can’t see what I’m trying to do and achieve.”

She is happy to be carrying on his legacy, and to be continuing to give back to the people of the Midlands just as she did when she was in the police force.