Innovation in construction will require a joint effort from the public and private sectors, says Homes England and Modulous

Sophie White, director of the Infrastructure Grant at Homes England and Sarah Hordern, co-founder and CCO of Modulous, a digital construction firm, sat down with Andrew Teacher from Blackstock Consulting to discuss the contributions that the public and private sectors can make to the future of housing. 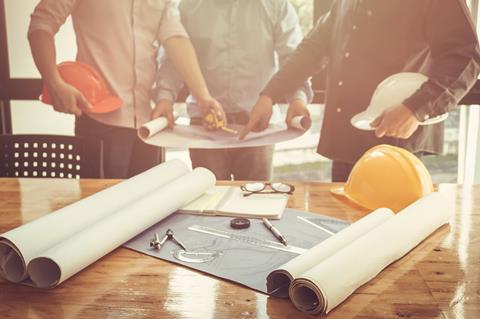 In their roles, both Sophie White and Sarah Hordern are both leading the charge to deliver more homes in the UK.

White’s role as director of Homes England’s infrastructure grant places her at the inception of some incredible future housing projects.

“We provide grant funds to local authority partners to fund the really important infrastructure in order to bring more housing forward”, she says.

“It’s about making the impossible happen. The grant moves the dial, providing the initial capital to make those projects that initially seem a glint in someone’s eye deliverable.”

Hordern, meanwhile, is leading on developing a software platform that is exploiting modern methods of construction (MMC) and offers digital solutions to modernise the design, procurement and construction of affordable and sustainable housing.

The Modulus platform - which is backed by the venture capital trio of Blackhorn Ventures, CEMEX Ventures and Groundbreak Ventures following a £5 million funding round in June - uses big data to tell local authorities, developers and investors what they can build on a site, how much it will cost and how long it will take in a matter of hours.

Along the software platform, Modulous has developed a precision-engineered apartment product that enables high-quality, affordable, sustainable homes to be computer designed and delivered to a specific cost.

“We’re looking to enable the delivery of housing through the combination of a digital platform and physical technology,” Hordern says. “Our end-to-end platform covers everything from digital design through to procurement and quality control and project management. The interface links to a net-zero carbon kit-of-parts, which will actually deliver the homes designed on the platform.”

The software is fully customisable, Hordern says. “What architects are not doing is repeat-designing thousands of flats.”

And the kit-of-parts functionality means that architects who use Modulous’ platform “know what they’re designing is viable from a financial perspective but also from a physical perspective.”

The viability of schemes is an all-important concern for White, too, whose role is to use the grant’s funds to accelerate projects even when they might seem impractical or even impossible.

Take the example of Cambridge North, a project which started out as some prime land in the perfect location with a waste-water treatment works sitting on it. The local council were keen to use the space for building much-needed homes, but the cost to move the treatment works totalled over £200 million.

A brownfield site like this one might seem a little daunting to the average developer, but by providing the initial capital to get the project going, the funding from Homes England’s infrastructure grant opened up the potential of the space. Besides, with soil rich in nutrients (probably best not to think about where from), the newly accessible land has turned out to be perfect for growing crops such as tomatoes, too.

White says: “A brownfield piece of land that wasn’t deliverable was turned into a viable and investable product which has delivered housing, jobs, economic benefit and place making - just through that delivery.”

With this project, as with many others, Homes England solved for pre-existing market failures in construction, pricing, logistics and procurement. And the future of homes faces another huge challenge that has been described as an ‘externality’ to the housing market - the impact of climate change.

Hordern says: “Delivering net zero in operational use by 2050 is not a given. So the materials used to build houses become essential, and Modulous are going for a fabric-first approach.”

Fabric-first - far from a line of washing detergents - is the term used to describe a built-in approach to energy efficient homes, aiming to significantly reduce a building’s embodied carbon. In some ways, it’s not a new idea.

“If you think about a big stone barn, it’s cool in summer and it’s warm in winter. The materials in Modulous’ kit-of-parts use this old-school approach as a founding principle”, Hordern says.

For White, a holistic approach to Homes England’s position as the government’s housing accelerator will only become more essential in years to come.

For homes to have a “feeling of place is so important. They must connect into a wider infrastructure, and so be able to access existing place-making and a sense of community. Bringing different minds into what has been a relatively static business model gives us great opportunities for the future.”