When Charles Cooper established the Southern Co-operative Permanent Building Society in 1884, his aim was to increase housing options for people unable to find a decent place to live. 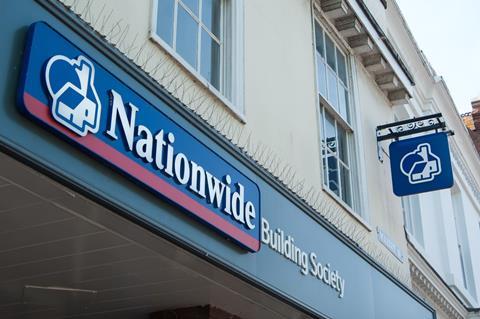 More than 130 years later, the organisation’s successor, Nationwide, is looking to shake up the housing market again. Last week, the company won planning permission to build 239 homes for sale and rent on a site formerly known as Oakfield Campus in Swindon. The development is Nationwide’s first not-for-profit regeneration project.

Tony Alexander, Nationwide’s commercial lending director and its project lead for the Oakfield site, says the idea arose after talking to Nationwide members about the company’s corporate social responsibility agenda.

“As a building society, we have a strong social purpose and we suggested we should be directing [our corporate social responsibility] towards housing,” he explains. “The members thought that would be a good use of our resources.”

The Swindon site, which is near Nationwide’s head office, had been vacant for a number of years and looked unlikely to be redeveloped, he says. But Nationwide saw it as an opportunity to build not just homes but a community and approached the council to see if it could take it on.

“We want to show how building homes can be done differently,” Alexander says. “We started that with significant local community engagement from the outset and we did not have a single objection to our planning application, which is almost unheard of.”

Nationwide wants to make the site as diverse as possible, building a range of one- to four-bedroom flats and houses, plus a community centre and communal spaces, to meet different needs. Around 30% of the homes will be affordable and the company describes the project as “a meaningful local contribution to the national housing emergency”.

The building society might seem an unlikely company to take on such a project. It has no recent history of building homes and, although it is bringing in development partner igloo Regeneration, no obvious expertise.

But Nationwide does not have plans to become a mainstream housebuilder, he adds.

“The number-one ambition is to create a blueprint that other responsible organisations can follow,” he says. “It is to show that it can be done differently. Having said that, we will definitely consider future projects.”

He adds that “almost any organisation that has a corporate social responsibility agenda” could take a similar approach to tackling the UK’s housing crisis, including other building societies, financial services companies and large businesses with cash on their balance sheets.

“What I would say is if you do this, your staff and your customers will respond really well to it – although clearly, a company does need to be able to fund the work,” he says.

Nationwide is investing around £50m over a number of years in the Oakfield development. It aims to break even through sales and rents, with any profits being reinvested in other community projects.

“Effectively, we’re looking to reinvest the profit in higher-quality homes and this real focus on building a connected community,” says Alexander.

He adds that he is not concerned that moving into development will increase the company’s exposure to the residential sector, potentially adding to its risk. “The thing to bear in mind is that Nationwide is a £230bn organisation, so it is not having a material impact on our exposure to UK housing,” he says.

“The new risk is the development risk. We are not experts at building homes and we have mitigated that by surrounding ourselves with a real expert team headed up by igloo.”

Building work is expected to start by the end of the year, with the first phase of homes available from spring 2021.