Retail-heavy funds could get a rude awakening if woes persist

Many of the UK’s leading open-end property funds for retail investors are now significantly overweight in retail after selling assets in other sectors to meet redemptions. 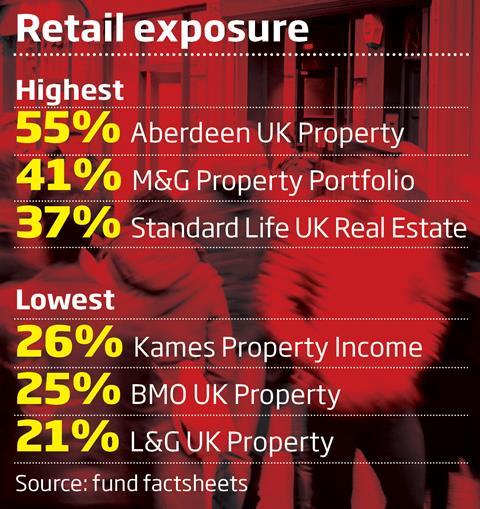 The most extreme example is Aberdeen UK Property Fund, which has about 55% of its portfolio invested in retail. That figure looks set to increase further as the fund is in the process of selling its largest office holding, 60 Charlotte Street in the West End. Last week, Property Week revealed that it had agreed to sell the property, which used to be Channel 4’s head office, to Westbrook Partners for £80m.

In the wake of redemptions that have reduced the size of the fund from £3.4bn before the EU referendum to £1.92bn, the fund has sold a number of its prize office assets such as 10 Hammersmith Grove and 12 Hammersmith Grove. The end result is that the fund’s retail holdings have jumped from 40% of the portfolio at the end of 2015 to 55% and today its top four assets are all retail properties.

Many in the industry argue that the Aberdeen fund and other funds that have been hit by redemptions are selling their most attractive assets and in the current market that rarely means retail. The upshot is that loyal investors that stick with the funds end up with their money invested in weaker assets.

“The funds sell what they can rather than what they want to sell and the poor retail investors get caught out time and time again,” says Richard Shepherd-Cross, managing director of Custodian Capital, which manages Custodian REIT.

It is a view shared by a number of investment agents. “They have been selling assets closest aligned to valuations in order to keep their share price up,” says one. “This basically means there has been a risk transfer to loyal customers in exchange for paying out redemptions at par.”

No other open-end fund is quite so overweight in retail as the Aberdeen fund, but the other big funds that have been hit by redemptions all have relatively high exposure to the sector. The retail weightings of Henderson UK Property Fund, M&G Property Portfolio and Standard Life UK Real Estate, which collectively manage nearly £8.5bn of retail investor money, are 33%, 41% and 37% respectively. 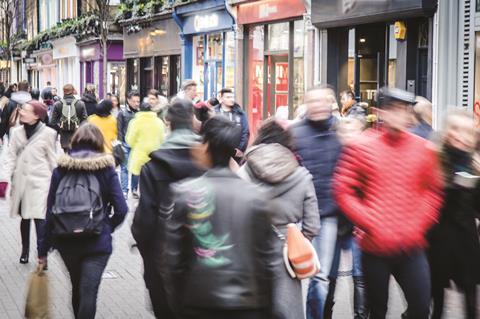 By comparison, the average exposure to retail among the institutional funds in the MSCI All Balanced Property Fund Index is under 30% and the retail funds that have seen significant capital inflows since the EU referendum also have much lower exposure to retail property.

L&G’s director of fund management Michael Barrie says its fund has always had low weighting to retail but that the fund’s growth has “aided our ability to invest more heavily in the areas we preferred – mainly industrial and alternatives”.

For the funds that are more heavily exposed to retail, they have yet to see any real impact on performance resulting from the deteriorating outlook for the sector. Even the Aberdeen fund delivered a positive return in 2018.

However, if weakness in the retail market persists and the retail-heavy funds have to publish significant markdowns in valuation, some believe outflows will accelerate.

“There is a school of thought that as night follows day we will see further outflows and there will be a run on the funds,” says Shepherd-Cross, before adding that the big surprise is that the events following the EU referendum did not do more damage to the retail fund sector. “They still have the lion’s share of retail [investor’s] money and it feels wrong. You hope people will wake up.”

A continued fall in retail property values this year could provide the wake-up call he is hoping for.