CBRE’s Will Castle discusses the importance of all of us being honest about our own mental health, reflecting on the death of his father who took his own life a decade ago. 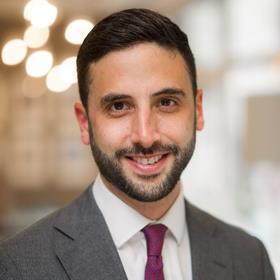 “Because his photo was splashed all over the front page of the Evening Standard I was afraid of being recognised for being that guy whose dad had just killed himself,” Will Castle, associate director at CBRE, says bluntly. “Now I’ve managed to establish my own name and my own career having been his son for a long time.”

Will Castle is speaking out now, on the anniversary of his father’s death, to highlight and help break some of the taboos around mental health and suicide prevention - two areas supported by the charity Movember which has triggered a host of unsightly facial hair across the land.

You can find Will’s Movember page here where he is the second highest fundraiser in the country. You can find a link to the Mental Health charity Mind, here - please donate if you can to these incredibly worthwhile causes.

In the podcast, Will speaks from the heart about his father’s life as a prominent personality within property and as a leading polo player famous for his royal connections. “The Queen is not wearing any gloves in the photo I have of her with my dad,” Will recalls. “It’s apparently the only time she’s ever shaken the hand of a non-royal without gloves. Apparently she forgot them.”

It’s a moving, positive and occasionally funny interview that we would like everyone to listen to and share. The message that comes through is around the need to communicate and be more open.

“What I would say is talk to people who have been through trauma - don’t shy away from difficult conversations,” he advises. “It’s World Mental Health Day for me every day. But for others who haven’t gone through trauma, they need reminding that others need help.”

“My dad was a very complicated chap,” Will says. “His biological father died six months before his death. He had health issues he didn’t share and he’d lost a couple of close friends through tragic accidents but again, he just never talked about it. You could tell it grated away at him but because of how he was, no one really knew what was going on.”

Will’s father Paul, known as “the chief” in property circles, sadly took his own life at the desperately young age of 54. Forging a very successful career from a modest background, Paul, through sheer hard work and guts and determination, amassed a large property portfolio across London and Oxfordshire.

He has been described as a gregarious, affable, and incredibly energetic and astute man. However, following health worries and deeply affected by the deaths of two close friends, Paul sadly took his own life.

In conversation with Blackstock’s Managing Director, Andrew Teacher, Will explains how vital people’s messages of condolences and support, alongside stories of his father, have been.

“To this day, I still have periods of time where I will go through old messages and emails which offered condolences, support, and great stories that I’d never heard before, and they still put a smile on my face.”

Will is a passionate advocate for breaking down the taboo surrounding mental health. His experience has helped him to recognise the importance of open conversations, which is a core value across both his personal and professional life.

“It’s taught me the value of being able to talk to someone if you have got a problem. I am very open and honest about my mental health, and if I’m having a bad day I’ll share it with anyone really, it doesn’t bother me.”

Although societal expectations and culture have definitely changed for the better across the course of the past decade, there is still a way to go, says Will.

“What I would suggest to business owners and senior management is to talk to people who have gone through trauma and understand what they want. Don’t shy away from the difficult conversations. CBRE is a brilliant company and definitely market-leading in terms of what we’re doing surrounding mental health.”

Will ended up continuing with his and his father’s plans to climb Mount Kilimanjaro to honour his memory. Although we might not all be able to climb the world’s highest single free-standing mountain, we can all make sure we reach out to friends and family, check-in on their mental health, especially during these difficult times.

Please do share this podcast with contacts via social media using the hashtag #propcast.

You can find Will’s Movember page here and a link to the Mental Health charity Mind, here - please donate if you can to these incredibly worthwhile causes.

If you’ve been affected by any of the issues discussed in the podcast, or need to speak confidentially to someone about any issues you may be facing, please contact the Samaritans at 116 123. The Samaritans can be contacted 24 hours a day, 365 days a year.