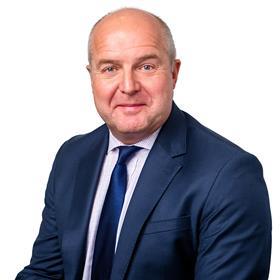 In the latest episode in the City Regeneration PropCast series, Blackstock Consulting managing director Andrew Teacher speaks to Chris Darroch, fund management director at Federated Hermes, which is behind a number of large-scale regeneration projects in places such as Manchester, Leeds and Glasgow.

Darroch says there is an opportunity for investors to share advice with the public sector and that institutional appetite still exists for long-term regeneration projects given the lack of Grade A commercial space in many regional cities.

Darroch predicts Covid-19 will trigger a flight to quality – a trend he was seeing before the pandemic struck.

‘I think there’s probably too many offices available in the provincial cities. Most of them aren’t fit for purpose. But residential values haven’t risen enough, or commercial values haven’t fallen enough to permit alternative uses to be introduced unlike in London or certain cities like Edinburgh perhaps,’ Darroch explains.

‘Our experience was tenants were not taking second-hand space, they wanted space to be refurbished to a good standard and be in a very good location, and they were trading up and prepared to pay more rent. I don’t see that trend diminishing. There’s a shortage of supply of Grade A space in provincial cities and there’s very little building and so I think that there is still a future in regeneration projects,’ he continues.

Continuing momentum – whether that is in development or leasing – and creating a sense of place is key to success, Darroch says, especially on complex developments like NOMA, a 20-acre mixed-use neighbourhood in Manchester.

‘It’s about creating the sense of place and then introducing the right buildings into the mix. This approach has worked really well for us and we’re hoping to replicate that at NOMA where we currently have consents for three buildings,’ Darroch says.

Federated Hermes is pushing ahead with a new-build office development at NOMA, which already counts Amazon as an occupier, and which has taken space at Hanover, a redeveloped Edwardian-era drapery warehouse on the listed estate.

NOMA’s approach to place-making, with initiatives such as the Pilcrow, a pub hand-built by local volunteers, has won plaudits and Darroch says bringing Wellington Place in Leeds city centre to life in the same way is a key priority.

‘We have toyed with the idea of looking at a mix of uses to introduce more life to the second phase. But there was a lot of residential to begin with around us, so we want to try and integrate that’, Darroch explains. ‘It’s been a phenomenal development from an office perspective. It’s just ensuring that we deliver the services that the tenants will expect in the future.’

Darroch credits the success of Wellington Place, as well as other projects such as Milton Park and Silverstone, to MEPC, the asset and development manager that Federated Hermes recently acquired.

Looking ahead, Darroch says investor appetite will remain for “relevant assets” that have the right fundamentals: ‘Centrally located, best-in-class, business locations, they will remain highly sought after by investors in the future.’

Discussing the impact of Covid-19, Darroch says the carnage in the retail market throws up opportunities for cities and towns to re-engineer those places as values have collapsed.

‘There is a real opportunity to grasp the nettle in some of these locations and really make some difference over the future,’ he adds.

However, Darroch warns that local authorities, especially those in tier-two or tier-three towns and cities, need to think creatively on how to harness patient capital to avoid losing out.

‘Councils need to be a bit more proactive in how they look at their own cities and how they actually present themselves to the investment market in terms of getting things done. It’s really important to get the right people in place to deliver strategies,’ he concludes.

You can listen to this podcast via Apple Podcasts or Spotify or SoundCloud or listen to it through the player above. This podcast was produced by Blackstock Consulting founder Andrew Teacher and you can Tweet your views at @BlackstockPR