Clampdown on BPRA is troubling news for the property industry

The news that HMRC is clamping down on Business Premises Renovation Allowance (BPRA) schemes, apparently viewing them with the same suspicion as the film investment tax planning schemes has left the property community perplexed. 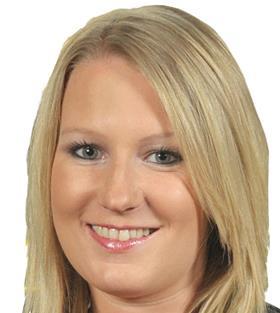 BPRA was introduced by the Finance Act 2005 to boost the restoration and repair of disused commercial properties in deprived areas of the UK, enabling property owners to claim 100% allowances for capital expenditure incurred in converting business premises. It has been reported that Rory McIlroy, among others, invested £10m into a hotel project in Liverpool’s Stanley Dock that took advantage of BPRA and that the investors are now being investigated by HMRC over suspicions of tax avoidance. Thousands of other investors have also received demands from HMRC to repay tax reliefs.

Historically, the BPRA was considered a scheme for good and was certainly not considered to be in the same league as other aggressive tax-avoidance schemes. However, the fact HMRC is pursuing investors who havebenefited from BPRA highlights the ferocity with which it is approaching these sorts of schemes.

How will this scrutiny affect those already committed to the BPRA? It is not only abusers of the scheme who will be fearful. Those investors who sought to comply with the spirit of the scheme but who pushed the limits are also likely to be stung.

A tax bill is likely, but the proportion of relief to be repaid will depend on the perceived level of abuse, with either entire or partial reliefs to be repaid. The result? The profitability of investments that have abused BPRA will take a nose dive or, worse still, make a loss.

Will the clampdown discourage future property investment? It is important to remember that the BPRA only applies to disadvantaged areas (as identified in The Assisted Areas Order 2007) so the degree to which property investment is reduced is limited in scope.

HMRC’s investigations may well dissuade investors inclined to use the scheme for tax avoidance purposes. However, those investors already in the business who are using the scheme for entirely genuine purposes may not be rocked by the clampdown.

Moving forward, given HMRC’s scrutiny, investors are likely to take a more cautious approach and will need to consider their risk exposure. However, with the BPRA being extended until 2017 there are reliefs to be claimed.

Katie Cooper is an associate at Russell-Cooke