The alternative hospitality sector continues to grow rapidly, taking market share away from traditional hotel groups in most major cities around the world. 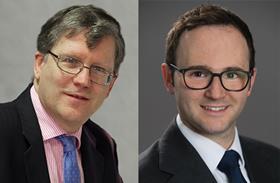 The alternative sector comprises a range of accommodation types, primarily hostels, serviced apartments and home rentals - the most well-known of these being Airbnb, now valued at more than $10bn (£6.9bn) globally.

The sector has grown rapidly over the past 18 months: at the end of last year, Sager Group and Cain Hoy announced a serviced apartments scheme in central London, and Invesco invested €60m (£46m) in luxury hostel group Generator to fund further expansion into Europe. Earlier in 2015, Starwood Capital Group acquired 50 locations across the south-eastern US for its InTown Suites brand, making it the largest owner of economy extended-stay hotels in that country.

There are barriers to the sector’s continued growth, however. For instance, many cities have applied regulatory pressure to curb Airbnb’s further expansion. In Barcelona, hosts must be registered and comply with health and safety law, and Berlin has allowed landlords to evict tenants subletting their apartments. Even Paris, Airbnb’s most popular city, has increased inspections of premises and introduced hefty fines for hosts who break the law.

That said, London has become more welcoming to Airbnb. The law restricting short-term rentals during the 2012 Olympics has been revised, and Airbnb is said to be worth £1.3bn in revenue in London alone.

We expect 2016 to be another year of strong growth in the sector, as well as one of segregation - serviced apartments are set to become the fastest-growing accommodation form within the sector. Furthermore, Airbnb is likely to profit from sporting events such as UEFA Euro 2016 and the Rio 2016 Olympics and Paralympics, for which it has been contracted to provide rooms - which will likely concern the larger hotel chains.

Traditional hotel groups will be acutely aware of the threat from the alternative sector. Although the pace of change is quick and their rival is nimble and tech savvy, hotel chains will no doubt rise to this challenge - but it will certainly be an interesting year ahead.