The Autumn Statement has come and gone, yet tucked away unnoticed were important references to the government’s position on the compulsory purchase order (CPO) system. 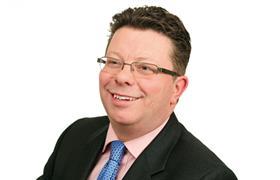 “The government believes the compulsory purchase regime would benefit from streamlining and updating,” the report stated.

“Proposals will be published for the consultation in the budget to make the processes clearer, faster and fairer, with the aim of bringing forward more brownfield land for development.” Taking into account that commitment of sorts, there are three areas in particular that should be considered:

So, what can be done? What about ransom strip holders? It is important to be realistic and accept that some parties want to hold out for a higher price for their land. That is up to them, but a squabble over value is not a relevant objection and those squabbles should be pushed immediately to one side under an order from the Lands Tribunal. The putative objections can be disregarded and seen for no more than what they are.

The Lands Tribunal has to be placed in a position of power so it can intervene and direct that within a set period of time the payment must be made (whether an advance payment or other monies due) to allow the objector to recover their time and fees - that is only fair and reasonable.

With regards to valuation and process? The process should take what has been learnt from the Planning Court and revamp it for the Lands Tribunal. Together with RICS and other governing bodies, there really has to be a set of 21st-century valuation principles for the valuers, to allow them to assess compensation swiftly and accurately. Let’s hope that central government listens positively, intently and with great purpose in the run up to the March budget and beyond.

Al Watson is head of planning and environment at Taylor Wessing