Painful chalet fees case was no holiday for anyone involved

It would have been hard to miss the saga of the chalet owners in Arnold v Britton & Others as the case climbed from County Court in 2012 to the High Court, Court of Appeal and, last month, the Supreme Court. 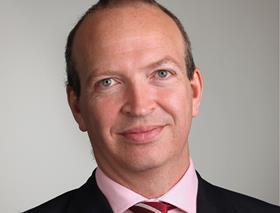 The clauses varied, but all obligated tenants to pay a fixed sum for service charges rather than paying the actual costs of upkeep. The problem wasn’t the original fixed sum of £90, but that this would increase by 10% per year (or for some leases, every three years). At worst, this meant compound interest at 10% per year for 99 years. By 2015, the sum had become £2,500 and by 2072, £550,000.

Arguments before the Supreme Court broadened into discussion not as to the fair outcome (no quibbles there - the tenants should not have to pay such high sums), but what the law allowed the Lords Justices to rule. There were some hefty sacred cows standing in the way of a fair result. First, the clauses, while not perfect, were clear enough to bar any argument that their simple meaning allowed a different interpretation. And there was no evidence of the parties subjectively having been mistaken when signing up.

Instead, the court had limited information, namely lease wording and the Retail Price Index - which reflected the low-inflation years since the leases were granted. Based on this, the court was tasked with forming an objective view as to what the parties should be taken to have agreed. The problem for the tenants was that the court could not import into their interpretation what would be commercial common sense in 2015 terms. The question was what was commercially sensible in 1978 (and later) when the leases were actually completed.

Despite Lord Carnwath supporting the tenants in his minority judgment, the Supreme Court found for the landlord. Contracts, including leases, are entered into every day that turn out to benefit or prejudice one party or another more than either might have expected at the outset and therefore represent a good or bad bargain.

Stepping away with sympathy from the plight of the chalet owners, why should a party have a remedy because later events have proved that the original decision to do the deal was imprudent? The Lords Justices would have been painfully aware of the risk, by finding otherwise, of upturning a much bigger apple-cart of judicial authority applicable to every live contract in the country, real estate or not.