Regulation has a key role to play in infrastructure improvement

According to the McKinsey Global Institute, the world needs to invest $3.3trn (£2.5trn) in infrastructure annually up to 2030. The current level is around $2.5trn. This shortfall will have a real impact on cities - particularly global gateway cities such as London. 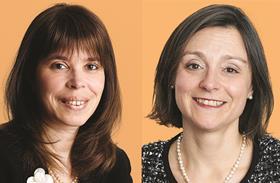 The London mayor’s office recently launched exciting plans - the newest iteration of the London transport strategy - which set out proposals to reshape London’s infrastructure over the next 25 years. These plans and policies are very welcome.

Increased densification in London is having far-reaching effects on urban requirements - not least current predications that congestion will cost the city around £11bn by 2030. The imperative is to put strategies in place sooner rather than later.

Some of this will be driven by new approaches to physical infrastructure, with 200km of new cycle highways in London planned by 2050, along with such big-ticket public projects as Crossrail.

However, law and regulation often lag behind innovation. As new solutions continue to be developed, we can expect to see significant changes to the regulatory system to not only enable better infrastructure implementation, but also to police the system and ensure that tomorrow’s city is not only mobile and integrated, but also safe and secure.

For instance, as our built environment becomes ever-more digitally connected, new rules are likely to be needed and new risks provided for, with cyber-security, data protection and insurance firmly in the spotlight.

Funding, meanwhile, remains a key issue and a concern. There is a real socio-political tension here between the requirement for new and future-proofed infrastructure and how far we are prepared for the state to actually deliver. There is also a place for private sector investment, but current financial, lending and tax structures are likely to need a shake-up to better facilitate and encourage the capital investment that infrastructure demands.

The big question for property, though, is on the continued relevance of that old maxim ‘location, location, location’. The growth of flexible working on the one hand and rising residential prices on the other are already driving change in the market, and better equipping cities with faster, more efficient digital and physical infrastructure will facilitate this further. Don’t be surprised to see a subtle priority shift from location to connection, in all its forms.