The art of copyright protection in the real estate industry

Today, real estate developments are increasingly marketed as ‘destinations’ in their own right. 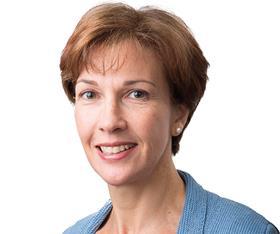 Even before any development work starts, there will be considerable media interest and, through the power of the internet, developments can quickly gain visibility with potential tenants and consumers.

Accordingly, there is terrific brand potential associated with such developments. Developers should consider protecting their brand at a very early stage in order to secure exclusive rights and to create, develop and maintain the prestige and the value of the real estate itself. Examples of developments protected as trademarks include One Hyde Park, the Shard, Bluewater and Battersea Power Station.

A recent case concerning an application to register Canary Wharf as a trademark neatly illustrates this point. Here, the Canary Wharf Group was unsuccessful in the High Court in its appeal against a decision of the Intellectual Property Office refusing registration of Canary Wharf, applied for in 2013, on the basis that the name simply now relates to a geographical area and therefore is not capable of registration as a trademark.

Ironically, if the estate owners had sought protection when the land was first acquired and prior to development, the name would almost certainly have been capable of protection enabling the developers to control how the brand was allowed to develop and prevent it from becoming simply a geographic name.

You only have to survey the London skyline to appreciate that buildings can be artistic works in their own right. The automatic right of copyright protects such artistic works, but in the UK, copying or reproducing the work (for example, by photographing it or by featuring it in a broadcast or film) won’t amount to infringement.

This is the so-called ‘right of panorama’ and means that if you take a picture of a landmark building, you can share and even sell copies without infringing the architect’s copyright. On 9 July, 2015, the European Parliament voted against an endorsement of recommendations to the Commission to introduce pan-European laws that would have diminished this right. Had the proposals become law, while a tourist taking pictures for purely personal use might not be affected, those who regularly use iconic buildings or public works of art in their work would need to obtain licences. However, the ultimate outcome is not yet clear. The Commission is not bound to follow the European Parliament so we wait for further news on any plans to reform copyright in this area.