To fans, rugby union is not just a sport. It is a lifestyle. It is your social life. Your local rugby club is also where, if you need a bit of work doing on your home, you will find all the trades you need, and, with any luck, at ‘mates’ rates’. 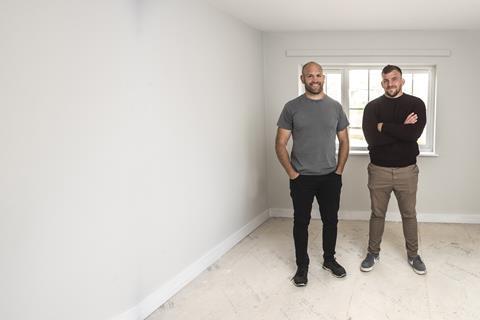 Australian Salvi, who retired from playing in the back row at just 32 to become the Chiefs’ defence coach earlier this year, and Low, the 33-year-old Scotland international and prop at the club, know all too well how short a rugby career can be.

So the two of them have embarked on their post-rugby careers while still actively involved in the game. Earlier this year they launched Tomahawk Homes, named after the chant bellowed at the opposition by the Chiefs’ fans, with a view to building luxury homes across Devon and potentially further afield. 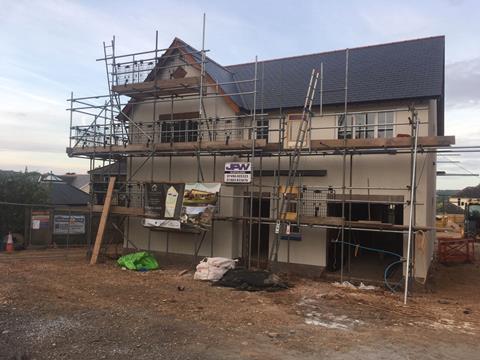 Property Week caught up with them to find out why they went into property, what their ultimate ambitions are for Tomahawk Homes and how they juggle their property lives with their ongoing rugby commitments.

Top rugby players are paid a fair whack but nothing like what their counterparts in other sports are paid, which is why at some point in their careers they will inevitably turn their attentions to their post-rugby careers. 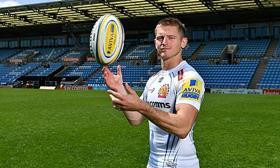 They are not left to their own devices, though. The Chiefs and the Rugby Players’ Association (RPA) offer career advice seminars and it was at one such seminar, held almost a year ago with Will Smith, managing director of local firm Complete Estate and Letting Agents, that they caught the property bug.

“In the early days of my rugby career, I didn’t really think about life after rugby, but the RPA events help focus the minds of players on what happens after you stop playing,” recalls Salvi.

“We saw Will speak and felt that property was something that would suit us. Then we thought how we’d go about setting up our own housebuilding business and realised we had pretty much everyone we needed around us. So over the next six months or so, the pair met with many of the sponsors of the Chiefs and formed working relationships with solicitors, accountants, architects and building merchants.

They were able to draw on their experiences in professional sport, says Low. 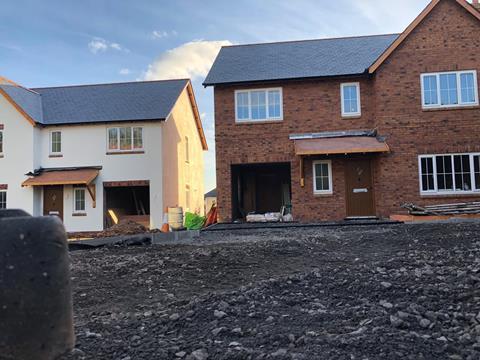 “In our rugby careers we know our roles and we’re driven to succeed,” he says. “We can take that discipline and determination into the business. We know what we’re good at and we have people on board who have the skills we don’t have. It’s about doing our due diligence on site just as we would on the field.”

The first big decision the pair had to make was whether to build to sell or to rent.

“I’d had a small lettings portfolio in Scotland, but found it tough to manage from down here in Devon,” says Low, who had previous experience of owning a number of buy-to-let homes in his native Scotland. “So I’ve sold all but one of those. But we did need to decide which side to go down and we decided building homes to sell would work best for us.

After taking that decision, the pair needed to find a building and development team. Once the team was in place, they were ready to acquire their first site. They chose a plot in a popular residential area in Bishopsteignton, just 20 minutes’ drive from the Chiefs’ ground.

This means they can finish training sessions and be on site leading their other team soon after. To prove the point, Salvi suggests we take the 20-minute drive from the Chiefs’ ground to visit their first scheme. 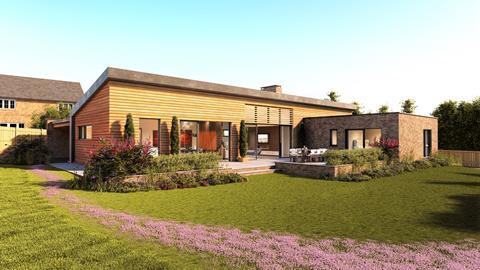 We’re just at the beginning of this, but we’re keen to progress and see where it takes us

On site, Salvi and Low chat animatedly to the team and clearly enjoy seeing what progress is being made.

Two four-bed ‘Horizon’ homes on the Bishopsteignton development are nearing completion and are already sold. While they have the initial appearance of a mass-built ‘executive home’ from the outside, some larger housebuilders would have squeezed in at least one more bedroom and divided the ground floor to add rooms, but not space.

However, the men were determined not to follow the modern trend of developing homes with tight room footprints, perhaps because they are both well over 6ft and built like the proverbial brick outhouse. Using their own savings plus some borrowings, they are building homes with four proper double bedrooms. All have built-in wardrobes, and one has a similarly generous en-suite.

“We didn’t want people to squeeze into our homes,” says Salvi. “We wanted to build generous homes and think we’ve achieved that.”

The third home on this site, which sits next to the Teign Estuary, will be called Legacy. Development has yet to start, but when it is built it will offer a very different way of living to the two Horizon homes at the front of the plot. Although it is also a large four-bed, it is single-storey and will offer a more bespoke open-plan feel. Its mono-pitched roof will extend the length of the building, providing an elevation designed to allow for high ceilings and expansive windows, ensuring optimal natural light.

Surveying the site from the top of one of the nearly completed homes, it is apparent that the fledgling developers could have easily built a couple more properties. That was not the objective, however, says Low. 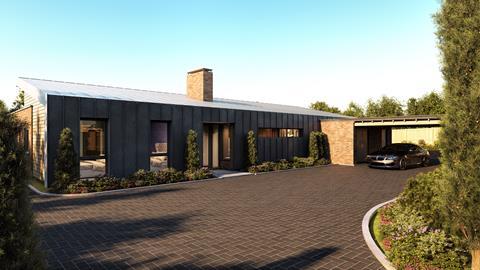 “We want to build homes we’d want to live in,” he explains. “We’re putting in high-quality fixtures and fittings. We’re making sure the gardens are large enough to enjoy. We’re pretty proud of what we’ve achieved so far.”

With their first development nearing completion, Salvi and Low have their sights on a number of other opportunities. “We’re looking at doing two or three more schemes next year,” says Salvi. “We’re just at the beginning of this, but we’re keen to progress and see where it takes us.”

Get it right and residential development could take them to great heights, but they are by no means at the top of the sports property league yet, not when former footballers and Manchester United stars Ryan Giggs and Gary Neville are poised to put up £200m towers in Manchester.

But, having gathered together a strong team around them, the pair believe they have the right players in place to ensure they have strength in every position.