At first glance, it looks like your typical London co-working space. The minimalist decor, open-plan layout and private telephone booths are all present and correct. Then you get a faint but unmistakable whiff of baby lotion. Welcome to Cuckooz Nest, the capital’s first combined shared office and crèche. 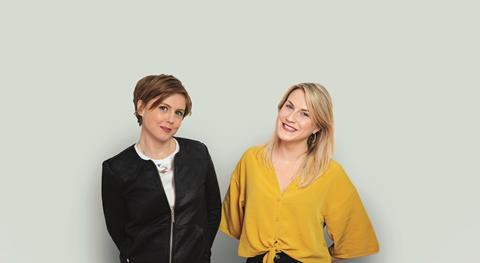 Cuckooz Nest officially launched its first site on Monday in Clerkenwell and is the brain child of Charlie Rosier and Fabienne O’Neill. The pair met 10 years ago when Rosier was a land buyer for a residential developer and O’Neill was working in marketing and events for a publishing company. “We started to meet socially and the rest is history,” says O’Neill. “We’ve been best friends ever since.”

The duo’s first enterprise was a “design-led, customer-focused” serviced apartment concept called Cuckooz, which was set up 18 months ago and by the end of the summer will have eight sites in the capital. Soon after launching the business, Rosier had her first child, prompting her to come up with the Cuckooz Nest concept. 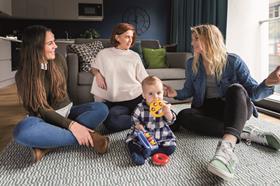 Securing planning permission for the building could have presented a significant challenge – after all, Cuckooz Nest combines two use classes that aren’t typically combined.

However, Rosier says that it was relatively straightforward. “The local MP, [shadow foreign secretary] Emily Thornberry, and the ward councillors were really supportive,” she says. “The biggest challenge was that they’d never seen an application for D1 use and B1 use in the same space. It was about getting people to understand the business model.”

There is also the small matter of operating in an increasingly competitive market. Barely a week seems to go by without the launch of another co-working company, but Rosier believes Cuckooz Nest has an edge on its big rivals.

“I don’t really see us as a flexible workspace in the sense that we’re competing with WeWork,” she says. “I see this as a unique model – a hybrid flexible office with childcare.”

What’s more, far from operating as a loss-leader, the crèche element is critical to Cuckooz Nest’s business plan. “The revenue is very much driven by the childcare element,” says Rosier. “If you think about it, we have 21 children and 10 hours a day, so 210 hours a day of crèche space to sell. That can be charged at up to £23 per hour, whereas the desk will rent out at a market average of £2.50 per hour. So the childcare element makes us much more profitable than a typical co-working business.”

Even with seemingly high costs for the crèche facility, Rosier believes that Cuckooz Nest is still a cost-effective option for young parents. “Having a nanny was the only real option when my daughter was six weeks old,” she says. “I pay her £12 per hour, but I also pay her pension, holiday and so on. If you use this four hours a day, five days a week, the price comes down to £11.50 an hour. It’s cheaper than having a nanny, plus you’re getting out of the house and being close to like-minded people.”

O’Neill adds that creating a sense of community is at the heart of what Cuckooz Nest is all about. “We’re creating a community of like-minded individuals at a time in your life where that kind of support is really important,” she says. “I’m not a parent, but I know there can be a real element of isolation.”

While the venture is aimed at young parents, you don’t necessarily have to be a parent to take space in Cuckooz Nest. The space can accommodate 21 children but has 36 desks. Again, the idea was a result of the pair’s personal experiences. “We were a two-woman team and obviously if we were to occupy the space as a user or a member, we’d need a desk that didn’t have the childcare attached,” says O’Neill. 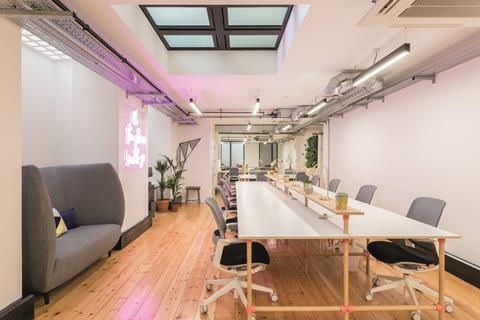 Of course, some may question how productive it is to have young children separated from their parents by a single door. When Property Week visited the nursery area, for instance, Rosier’s baby girl gave up on what she was doing and came crawling after her mum. She only started smiling when she got what she wanted – a cuddle. But Rosier says this is not typical of the way Cuckooz Nest operates.

“One reason it took a while to get off the ground was finding the right space,” she says. “That’s both in terms of access to transport and how beautiful it is, but also the fact that it has two separate entrances. We have an interconnecting door for fire reasons and in case you do want to go in [to the crèche], but it’s actively discouraged. The idea is that you drop them off at one door, say goodbye and the kid doesn’t necessarily know you’re going next door.”

The Cuckooz Nest concept appears to be popular. According to Rosier, the building has a waiting list of more than 100 people and that’s without any big marketing push. “It’s really been about soft marketing – word of mouth,” she says. “It’s been really strong. I feel that there is untapped demand for this, so I see it expanding very quickly.”

Indeed, while the first space in Farringdon is aimed at freelancers and entrepreneurs, Rosier and O’Neill have bigger plans for the business.

“We’re starting to make inroads into larger businesses that would potentially take an allocation of desks from Cuckooz Nest to allow parents to return to work in a comfortable environment with their kid next door,” says O’Neill. “That’s the longer-term picture.

The Ray development next door to Cuckooz Nest in Farringdon is a case in point. Here, Viridis Real Estate is converting The Guardian’s former home into modern offices, with LinkedIn secured as anchor tenant. “We’re talking to the landlord there about maybe taking some space,” says Rosier.

“The growth of Cuckooz Nest is really about us moving into a large Derwent or Landsec scheme, for example. We can become the anchor tenant and that is something the landlord can offer to all of their other tenants. So somebody could be working for Deloitte, for example, on the fifth floor and their kid could be on the ground floor.” 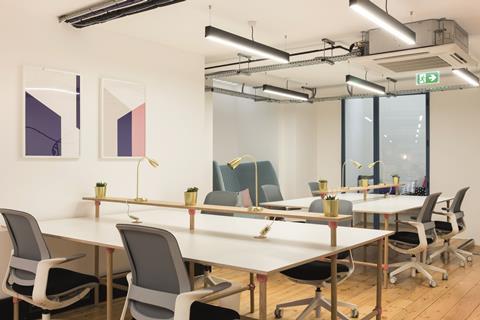 Cuckooz Nest is a replicable concept across London and beyond

In terms of immediate plans, one new space is under construction in Aldgate East and another, also in the City fringe, is under negotiation. “I think we’ll stick with the City fringe for now, but this is a model that could absolutely be replicated in other cities such as Manchester, Bristol and so on,” says Rosier. “People on Facebook groups are saying things like ‘please bring it to Bromley’.”

Other opportunities may be forthcoming elsewhere in London. The Farringdon building is owned by the “lovely” Dyson family – it was previously a Dyson showroom – and Rosier says further partnerships with their landlord may follow. “They have a large commercial property portfolio and we’re already discussing with them some stuff that is more west London focused,” she says.

Rosier and O’Neill also believe that there are real synergies between the original Cuckooz business and Cuckooz Nest. The idea is to present a one-stop service for mixed-use developers. “They are very much aligned businesses,” says O’Neill. “The third project we’re looking at for Cuckooz Nest is part and parcel of a bigger project where Cuckooz will occupy the residential units and Cuckooz Nest will occupy the commercial space downstairs.”

How quickly the pair can roll out the Cuckooz Nest model remains to be seen. But what is certain is that they are providing a solution for a very real need. Employees at the likes of Google and the Foreign and Commonwealth Office already benefit from access to onsite childcare – why not other workers?