The man with a 20-year plan: Craig McWilliam interview

Grosvenor Britain & Ireland’s chief executive Craig McWilliam is looking to inject some hustle and bustle into genteel Mayfair and Belgravia. In his first interview since taking the role, he explains how. 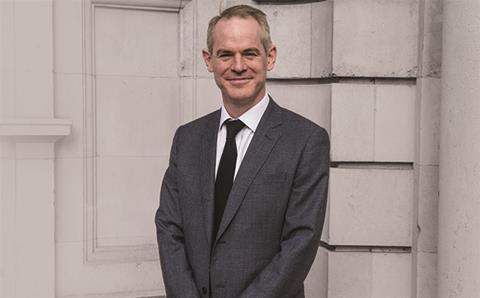 Grosvenor Britain & Ireland is undergoing a major shake-up. The first aspect new chief executive Craig McWilliam mentions to Property Week is not, however, a new residential transaction or company restructuring - it’s a change of coffee provider.

“We recently re-procured the coffee,” McWilliam explains. “Everyone always complains about office coffee, so the catering company went out and got different blends from different places - they didn’t tell us where - and asked us to taste them. The one we liked best was a blend done by these guys.”

‘These guys’ are a single-store coffee manufacturer in Mayfair, where Property Week meets McWilliam for his first interview since he took over from Peter Vernon in January.

It is a tiny change, but incremental changes are very much part of McWilliam’s philosophy as he works towards making Mayfair and Belgravia more “vibrant and accessible”.

“It’s a 20-year vision,” McWilliam says. “If we said it was a five-year vision we wouldn’t have a chance. It’s not a 100-year vision either - we could all be in jetpacks and hovercrafts by then! But in 20 years you can achieve a lot because everything incrementally moves you in the right direction.”

So what is that direction exactly - and what incremental changes is he planning to make?

Speaking ahead of the publication of Grosvenor’s annual results for 2016, which showed total returns for the UK and Ireland had declined significantly thanks to the “cooling” London market, McWilliam’s ambition is nothing if not bold: he wants Grosvenor’s estate in Mayfair and Belgravia to be transformed in a similar way as King’s Cross and Soho have been.

He is also hoping to expand the company’s horizons by developing build-to-rent (BTR) schemes outside the firm’s traditional central London heartland.

The first will be no easy feat. Mayfair and Belgravia are so affluent they are perceived to be out of the reach of most Londoners - occupiers, shoppers and homeowners alike. However, McWilliam sees no reason they can’t undergo the same reinvention as King’s Cross and Soho.

“I would want people to know that Mayfair and Belgravia have transformed in that way, with great restaurants and public space; people will come back over and over again and choose it as the place for their business,” he says.

At the heart of those plans sits the landmark Grosvenor Square. The US embassy’s departure to Nine Elms has provided the perfect excuse for Grosvenor to redevelop. The company has put out a call to the public for ideas on what the square should be - how it should look and what amenities it should offer.

“Once upon a time you wanted a post office and chemist,” says McWilliam. “Now you probably want free wifi and a cake shop. We want people to base their business here, to live here or to come here and shop, and eat in the cafés and restaurants.”

If you’re on Oxford Street and you want to come shopping in Mayfair, that’s fantastic

Going out to the public is bound to produce some weird and wonderful ideas for an area the size of Trafalgar Square and McWilliam says he is open to all of them, within reason.

“There are no preconceptions and we’ve asked for ideas because we want to understand what people want,” he explains.

“But some ideas might not be possible. There are so many stakeholders who need to buy into the ideas. You’ve got to be sensitive to the fact there are war memorials on the square; that people live around it.”

The vision for Grosvenor Square, as with the rest of the company’s London estate, is to open it up to a wider range of people. As London gets busier, Grosvenor’s estate must adapt and become more welcoming to the public, McWilliam reasons.

McWilliam says he “loves crowds”, having grown up in York where the historic streets are always teeming with people, and is keen to replicate the hustle and bustle in what have hitherto been surprisingly quiet parts of London. “I want Mayfair and Belgravia to be places that people think are contemporary, busy parts of central London,” he says. 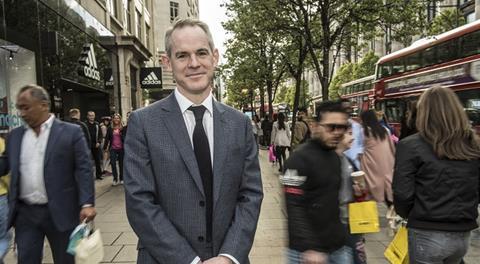 That involves bringing more people to the area and attracting a more diverse range of businesses, be they office occupiers or retailers. It will always be an expensive area to rent in, McWilliam admits, but by changing the ‘brand’ of Mayfair and Belgravia, Grosvenor would be able to attract less traditional occupiers that are more attractive and affordable to the average visitor. The café we’re sitting in is a good example.

“There’s a difference between things being expensive and things being exclusive - people feeling they can’t come here,” McWilliam says. “This café is entirely accessible; it’s £2 for an espresso - everyone could come here.”

A new idea for Mayfair

That could even eventually extend to technology start-ups taking space in Mayfair, says McWilliam. To that end, he is monitoring the area around Victoria Coach Station, where Grosvenor invested heavily to make disused buildings fit for occupation and offered space to businesses at a reduced price compared with the surrounding area.

”We’ve let space to a cool gym operator and a co-working company as well as new retailers and new food and beverage operators, just to have a bit of fun, to experiment,” he says, adding that the approach could be used in Mayfair: “We’ll be interested to see how it plays out.” 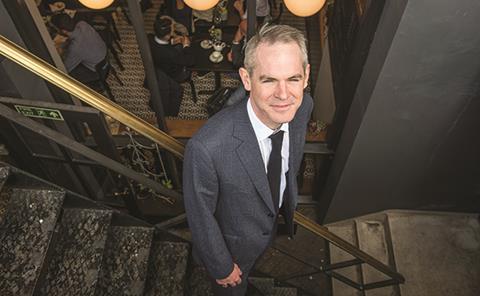 As Grosvenor’s London estate changes, so will its business model. It has recently made a push into the BTR sector, buying a site in Bermondsey where it intends to build 1,500 rental homes. The shift into BTR could also signal a shift in geography, with Grosvenor willing to venture into outer London - if only because the economics of BTR don’t stack up in central London.

“For Grosvenor, Bermondsey felt a long way away,” McWilliam says. “Now, it feels quite central, just one stop beyond London Bridge. If we were out right now trying to buy a site I suspect we wouldn’t be able to buy one in zone 2.”

Large BTR projects are attractive because they provide long-term income for the company, but also because they allow it to provide homes that are more affordable while creating new communities, complete with commercial and retail space, McWilliam says. So will Grosvenor be buying land outside zones 1 and 2 soon?

“We are interested in other sites [but] we’re aiming to get this one under way first,” he says.

“I want Bermondsey to be built. I want other people to see how our estates have changed; to see the vibrancy and life that we’ve brought. Grosvenor is a fantastic business, and I want to ensure the culture carries on.” 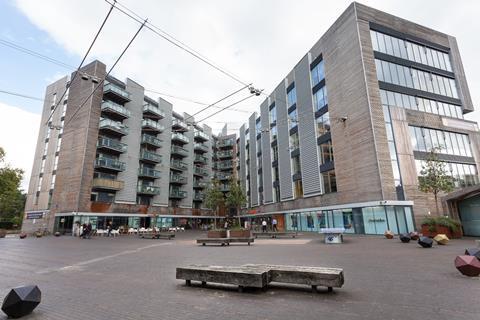 You might think stability, then, will be the name of the game under McWilliam, and he says that he’s not looking for any new projects soon: “For the next few years we should focus on the hard and exciting projects we have, and not worry too much about trying to find other things.”

But mistaking this for timidity would be erroneous. McWilliam is right - Grosvenor’s existing projects are more than difficult enough to keep anyone busy. If he attacks them in the right way, in 20 years Grosvenor and its estate could look very different indeed.