The UK woke up to a surprise on 8 May – not only have the Conservatives triumphed in the general election, but they have a majority to rule. 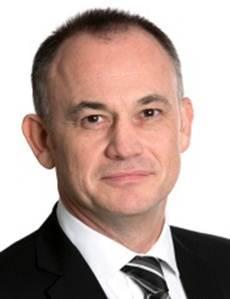 The promised new era of consensus and coalition politics was brief to say the least! The investment market will probably welcome this result as a sense of stability and certainty returns and as foreign investors are reassured over the welcome they will receive in this country.

Looking further out there are uncertainties to be settled however. Firstly, the UK is still in an era of austerity and with more red lines drawn in the election over where tax or the axe will not be used, the new government’s room for manoeuvre is reduced and with no restraining coalition partner, there may be some surprises.

Secondly, the rise and rise of the Scottish Nationalist Party clearly throws up questions over the future direction and management of the United Kingdom. However, it could be dangerous to assume too much over what this means for the actual durability of the Union itself – opinion polls on Scottish independence are after all little moved since the ‘no’ vote last year. It is to be hoped nonetheless that we see rapid action to devise a new policy for devolution.

Finally and perhaps of most immediate concern, the UK’s position in Europe is now more in the spotlight with the promised referendum on UK membership of the EU to come. This will worry many investors and is a fundamental concern, most particularly perhaps in regional UK markets. The best that we can hope is that the referendum is brought forward to 2016 as David Cameron has suggested it may be and that this boil is lanced quickly – and hopefully with a rebalancing of EU powers that benefits the whole of the European Union.

So the short term is positive as a more market friendly and ‘known quantity’ is returned to power. There may even be a bounce in the market to reflect this. Later in the year however the uncertainties behind the result will start to surface and we need to see rapid action by the new government to address these issues and lay out relevant policies to ensure there is no damaging period of uncertainty deterring the investment and the new development the UK’s cities need.