The government has thrown its weight behind garden towns. Last year, it announced funding for five new garden towns that could deliver 64,000 new homes. The aim is to create “well-planned, sustainable places for people to live”, but will they live up to expectations?

GL Hearn brought together a panel of experts to discuss the potential pitfalls of garden town developments, how these might be avoided and alternative approaches to housing delivery. 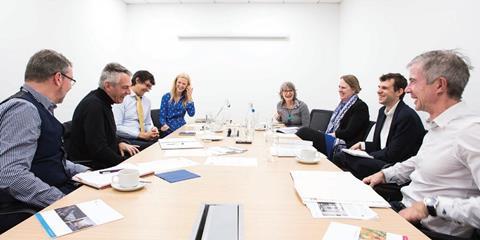 What are the potential issues with garden towns and other suburban developments that are used to fund transport infrastructure? 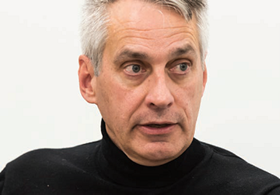 Peter Dijkhuis: “we need an honest review of how housing has been delivered”

PD: There’s an argument that transport investment supports development, which, through people using the transport, supports the transport. It’s seen as this circular loop that is highly sustainable once it gets going. What we find is that it is not always necessarily true. When you get below a certain density of housing development, the financial case for public transport begins to collapse. Then you can end up with a situation whereby homeowners lose out. The masterplan and theory behind the development is just not practical, and suddenly families need two or three cars to get around, and local stores and amenities are not able to survive because there’s not enough footfall. 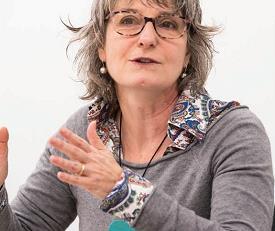 Martina Juvara: ”when density is increased a bit above where cars can be accommodated, there is a crack”

MJ: When density is increased a bit above a level where cars can be easily accommodated, we found there was a crack. There is not enough space for everyone to have a car and public transport is not viable. That is between 30 and 45 dwellings per hectare, which is the specification for the majority of garden towns and town extensions. There is some rethinking that needs to be done.

PD: There is still more work to do to truly understand community viability and home ownership viability. If you buy a house when living there is predicated on owning two cars, that is a hidden cost. If mortgage rates change, people have to make some critical decisions. A lot of people want to live the suburban dream but don’t realise the hidden costs until they have the mortgage. If we are truly going to start talking about creating sustainable communities, we need to look back. At present we haven’t got a mechanism in planning for local authorities to look back 10 years to see if a development was a success. I think we need an honest review of how housing has been delivered to ask if it is the right model.

Should we therefore not be building garden towns at all?

PH: We have looked back at good and bad examples. Bad examples are those where the community hasn’t been designed for walking or cycling and where the public transport is too far away or too infrequent. These communities haven’t been designed with the long term in mind. There tends to be an incremental approach to development where you’ll look at phase one, then move to phase two and so on, rather than look at the whole thing up front. We should think about what is the critical mass of people needed to support investments in infrastructure and then put that in up front. We need to think not just about the business case, but also what our lifestyles are likely to be like in 20 or 30 years. 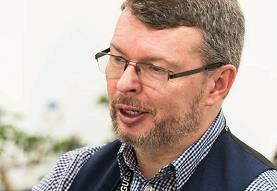 Ian Fletcher: ”jobs and employment give a community coherence”

IF: The things that give a community coherence are jobs and employment. That drives a lot of the transport needs of a community. So Letchworth and Welwyn garden cities were based around a number of factories. That isn’t how we’re going to move forward in terms of modern work practices, but thinking about how people are going to move around these communities for work is a starting point for designing them.

JG: Identity is also important. A suburban community has to know what it is about and what differentiates it from other communities. We’ve done a lot of work in Oxfordshire where we own Harwell Campus. It is a community that is fed by science and everyone is really clear about what it is, but it is less clear in other communities.

Harwell Campus - the science and technology hub which is the product of a private-public partnership between Harwell Oxford Partners, U+I and government-backed agencies the Science and Technology Facilities Council and the UK Atomic Energy Authority

Are there some good examples that we should look to? 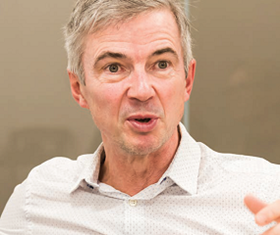 JG: I can think of a few. Altrincham has a really successful market now and it is suburban by definition, sitting just inside Greater Manchester. If you roll back the clock a century, Sevenoaks is another. It is low-rise but of a density that works and the high street is successful.

MJ: I’ve been doing a lot of work around Cambridge. The amount of development in the villages surrounding the city has been very significant and it works. The quantity of housing that has been integrated in the community is really good. So why are we focusing on big sites only? If we add up all the infill sites, it is a significant number. The problem is that it doesn’t deliver the bypasses and new hospitals etc. But that is a failure of funding infrastructure, not a failure of development. The development works. It is just that the local authority needs a big site because it needs a junction upgrade or something similar, but that’s not a good reason for development.

How do you drive change at a local authority level?

RW: Permission site sizes have increased by 17% over the past decade. The housing delivery test was introduced to reduce this obsession with large sites. It says that if development in a local authority falls below a certain percentage of housing need, every site that goes through the planning process automatically receives planning permission if it’s sustainable. If you deliver small sites that don’t stress the local infrastructure too much, it allows you to plan for the future. We’ve been trying to push local authorities to work out what they need: how many people do they have with growing families, how many single parents and how many people in supported or independent care? Typically, local authorities look at how many social homes they need but they don’t look past that. All local authorities could do that. The fact they don’t shows they’re not too concerned about delivering the right homes. 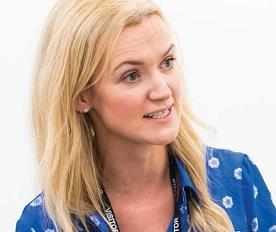 Leona Hannify: “we are not just dealing with housing numbers”

LH: The London Plan has more than 10 different housing types – everything from market housing, affordable housing and social rent to BTR and independent living. That demonstrates how we are moving forward. It highlights how we are not just dealing with housing numbers. There are 300,000 homes we need to build but when you tell people about that, they don’t care or understand. You have to break it down into more specific points.

What else do we need to be thinking about when planning developments that will stand the test of time?

PD: We should be talking about societies where people don’t need cars. If we put the car into the equation, we don’t create communities. One of the biggest under-investments in the past two decades is the UK bus network. An efficient bus network would help create community cohesion and link people together with the places they live, work and visit regularly.

JG: You have hit on something really important there. We may have to wait 20 years, but millennials don’t drive cars and they’re not buying cars. We are finding new alternatives. I went to Cornwall recently by Zipcar. It cost me just £120 for two days. 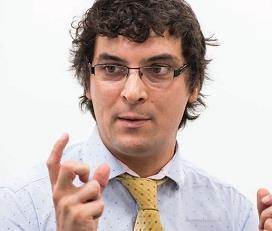 Rico Wojtulewicz: “my issue with no cars is tradesmen need cars and vans”

RW: Let’s talk about having public transport as the key ingredient, but my issue with no cars is that we work in an industry where our tradesmen need cars and vans. We’re going to exclude a large part of society because we are stopping people driving. Some people will need cars for accessibility.

MJ: Nobody wants to force people to choose one thing or another. But we have to have an honest appraisal of the choices. For every human being in a normal modern development, there is 40sqm but the car has 80. So if people understand that, they might think there’s something wrong with it. People don’t see the cost.

What steps should be taken to encourage more sustainable development?

PD: We are asking an awful lot of local authorities in preparing the local plans, which is very onerous in terms of the evidence base. Are we collecting the right evidence? And unfortunately the market has moved on by the time the plan has been adopted. We have to have a far more flexible plan that sets intent and allows the detail to emerge and can be adapted far quicker. 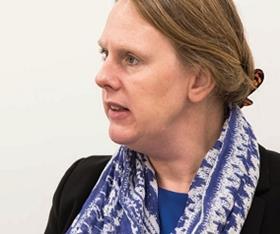 Paula Hirst: ”we need to move away from numbers - let’s start talking about living and communities”

PH: I think we need to move the discourse away from numbers. But let’s start talking about living and communities. My heart sinks when I hear people shout about how many houses they will deliver. This is meaningless to people. When we do we can start to have a better dialogue.

MJ: The delivery is just the beginning. We have no understanding of what happens next. We have all the means to see whether the development integrates with the old, whether people are using the public realm as intended and how pricing in the area is changing; we have the means to do that but we don’t. That will be the key role of public sector to go back. We are missing an understanding of how an area matures well and has continuing appeal.